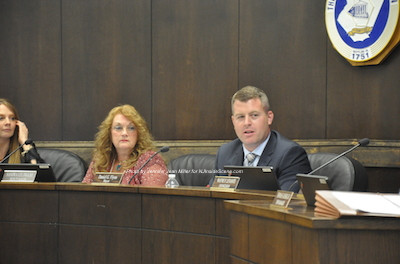 NEWTON, NJ – The Town of Newton marked its annual reorganization on Wednesday, July 1, with the swearing in of Daniel Flynn as the town’s new mayor and Sandra Diglio as its deputy mayor.

Town of Newton Town Manager Thomas S. Russo Jr. thanked outgoing mayor Kevin Elvidge for his service in the previous year. Elvidge will continue serving as a councilman. Russo said he looks forward to serving with Flynn and Diglio. 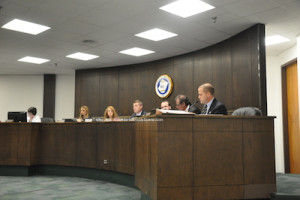 The Newton Town Council at the reorganization. Photo by Jennifer Jean Miller. 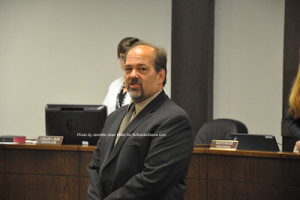 “The work we perform daily brings success to the county and region,” added Russo.

Elvidge thanked the council for a good year and complimented the council on its aggressiveness in working together on monumental tasks, including the change of Spring Street to a one-way street.

Councilwoman Kristen Becker thanked Elvidge as well and said she looks forward to another year of success and a vibrant downtown.

Councilman Wayne Levante thanked Elvidge, said he has enjoyed his first year serving as councilman and looks forward to his next year.

Daniel Flynn being sworn in as mayor. Photo by Jennifer Jean Miller. 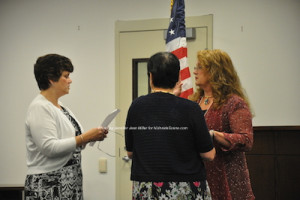 Flynn thanked the council for the appointment as mayor and noted the strength of the community, with Newton experiencing decades of growth and prosperity. He said Newton differs from many surrounding communities as well that are experiencing drops in school enrollments, while Newton is experiencing a rise. He said the community remains a place that is ideal to do business, and raise a family. He also praised the fire department and first aid squad for the service both provide to the citizens, while both are volunteer organizations. He also praised the police department, including two officers who received special awards and the police department’s involvement in the community. Sussex County Community College he described as another facet to the town, with the town considered a college town.

Flynn said Newton differs from other communities because it keeps politics out of the process and works collaboratively with the county. 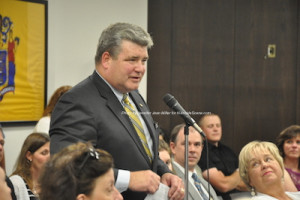 During the public portion of the meeting, Oroho thanked the council as well on behalf of Legislative District 24, including Assemblyman Parker Space and Assemblywoman Alison Littell McHose, for the collaborations with their office and all the Town of Newton does to contribute to the county overall.

Prior to the departure for the reorganization celebration at the Spring Street Pub & Grill, Pastor Frank Leone of Christ Community Church gave the invocation and benediction. Flynn appointed Russo as a Class II Representative to the Newton Planning Board. Russo also recognized special officer Raul Couce. 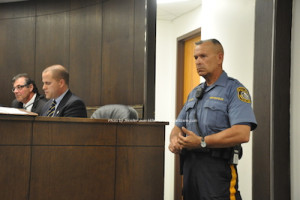 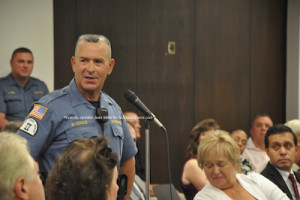 Couce has been a part-time Special Officer with the Newton Police Department, having served in the U.S. Marine Corps as many of his achievements. Couce, who told the crowd he has been a resident since 1986, has been promoted as a full-time special officer. His focus will be in the downtown, and he is also versed in the Spanish language. He will have a continued presence in the downtown to serve on a full-time basis, working with the businesses and residents in the area.