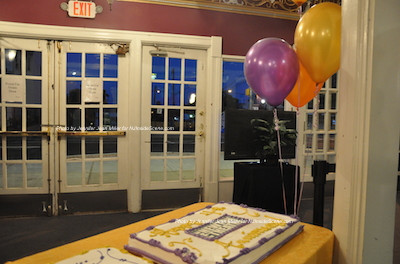 Cakes and balloons were part of the celebration at The Newton Theatre. Photo by Jennifer Jean Miller.

NEWTON, NJ – The Newton Theatre celebrated its four-year anniversary at the Jeffrey Gaines and Freedy Johnston show on Friday, Sept. 11, where attendees enjoyed a cake and champagne reception prior to the performance. 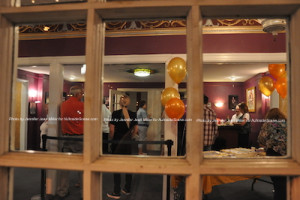 The theatre’s owner Jonathan Peirce, welcomed guests to the show and thanked them from the stage before the lights went down. 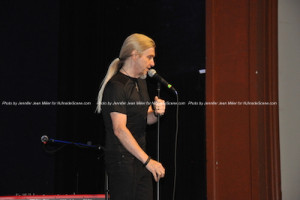 “It’s all due to you,” he said, noting that the theatre will be welcoming “lots of great shows.” 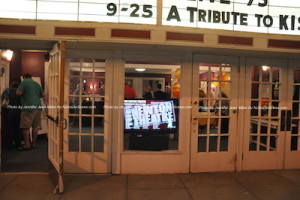 A glimpse into Friday’s celebration. Photo by Jennifer Jean Miller.

He directed attendees to check the Facebook Page and their email for the upcoming schedule.

One of the theatre’s celebratory cakes. Photo by Jennifer Jean Miller. 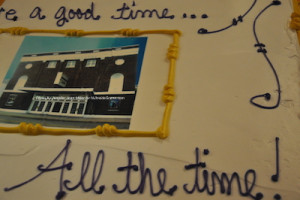 Guests in the theatre’s lobby during the celebration. Photo by Jennifer jean Miller.

The Newton Theatre is located at 234 Spring Street in Newton. The groundbreaking took place for the theatre in Jan. 1923, with the original seating to accommodate 1,000 people. It officially opened in 1924, making several transitions throughout its lifetime. It was a destination for premier shows, and there was a Griffith-Beach organ in the theatre. At one point, it became a movie theater, and housed two separate theaters for shows. It closed in Sept. 1997, and then later reopened. In 2002, a pipe organ was added back in, with the two originals removed for recorded music during World War II. In 2006, New Day Cinemas took over the ownership. The theater closed in 2007 once again, and then reopened on May 16, 2008. In 2010 it again, was subject to closure. 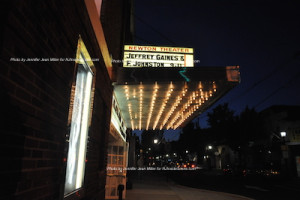 The marquee of The Newton Theatre on Sept. 11. Photo by Jennifer Jean Miller.

But on September 9, 2011, the theatre opened to a sold out show, with Todd Rundgren onstage.

Theatre volunteers and members continued the celebration on Saturday, at Forno Italiano in Sparta. Volunteers were given awards in particular categories. The theatre’s membership program entitles those who enlist to various perks, including advanced purchasing privileges, admission to member only events, free tickets to particular shows, meet the artist events, Wall of Fame and website recognition and more. Click here for full details about membership. 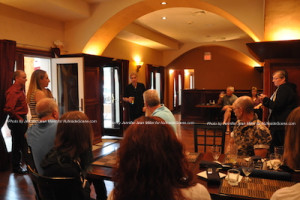 Jonathan Peirce thanks attendees to the volunteer event on Sat., Sept. 12. Photo by Jennifer Jean Miller. 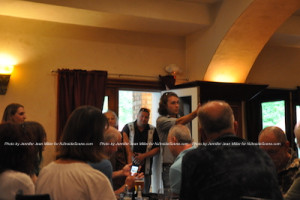 Editor’s Note: Jennifer Jean Miller, author of this story, is a consultant with The Newton Theatre for its new digital advertising program.