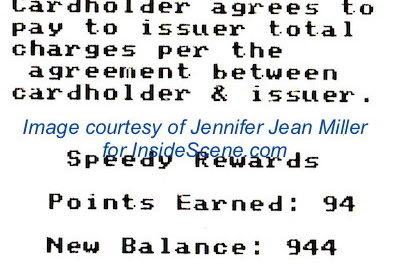 Speedway is one of the fuel companies that offers perks to consumers, including Speedy Rewards. Image courtesy of Jennifer Jean Miller.

TRENTON – The buzz in New Jersey is what residents will be paying at the pump coming July 1, as the Governor is expected to sign off on the gas tax today after the Senate vote that will force consumers to pay 23 cents more per gallon, beginning on a holiday weekend that traditionally coincides with a spike in fuel costs.

Over the past year, New Jerseyans have watched gas prices tumble from about $3 per gallon to $1.50 per gallon in some locations, a rate slashed to approximately Gulf War prices in 1990. The cost per gallon has gradually risen and averages about $2.05 per gallon for regular gasoline in many locations.

It was the Assembly, which passed the legislation early in the morning on June 28, having carried over the bill past 11:59 p.m. on June 27, though 23 members of the legislature were against the hike, with 53 for it. Though the Democrats are the majority in the Assembly, not all Democrats have been for the cause, including Assembly Transportation Committee Chair John Wisniewski (D-19). Wisniewski sided that the plan, which Gov. Chris Christie has backed, will cause a budget deficit in excess of $1 billion when the state is already experiencing difficulties in paying its bills.

There were seven Democrats against the measure and the remainder of the Assembly voting against it were Republicans.

Members of the Assembly who voted “no” included:

While residents will shell out more money for gas, in tandem, the state sales tax is expected to drop from seven to six percent, with a 6.5 percent readjustment beginning on Jan. 1, 2017. In 2018, that will equate to a penny dip in sales tax savings. Some in the senate would instead like the estate tax to be fade away.

The measure is additionally planned to counteract the Transportation Trust Fund (TTF), which is also considered bankrupt as of July 1. New Jersey’s infrastructure is reportedly suffering and many projects for road repair have been deferred, including the Pulaski Skyway. The gas tax hike is said to refill the TTF coffers.

Those who voted against it, feel that New Jerseyans are already one of the most highly taxed of all the citizens in the United States and with this new tax, middle class New Jerseyans will shoulder a greater burden.

Webber called it a “road to higher taxes.”

Those for it, including Vincent Preto (D-32) has called it a measure that will help replenish funds to “the pockets of the working poor.” Preto, the assembly speaker, worked alongside the governor to create the measure. Webber said that it is unlikely for residents to see relief in five years, if ever at all.

How can New Jerseyans save at the pump? One way is through GasBuddy.com, a website and app where gas prices can by sorted by city or zipcode, and by type of gas. Using GasBuddy, which relies on users of the site and app inputting prices, people can discover locations where they can secure the best price per gallon, including by cash. According to the stats on June 30, the average price for New Jersey is $2.09 per gallon, with the lowest tracked at $1.81.

New Jersey is still way below the national average, which is about $2.29 per gallon, but will be higher than that average once the tax takes effect.

Newjerseygasprices.com is another way to drill down on New Jersey prices. The same company as GasBuddy, here people can find, report on even win gas for helping to report on prices.

Purchasing fuel at Costco is another way to save, and Costco is the company that is ranked currently at the $1.81 per gallon cost. However, as explained in a past InsideScene.com article, Costco gasoline is only available for those who are members of the warehouse giant. Costco also only accepts debit card purchases with pin numbers input, and American Express. For those who are Costco American Express cardholders, there are cash back perks to buying with the card.

The only exception for non-members to buy gasoline at Costco is to use the Costco Cash Card.

Costco has some great conveniences too to help facilitate purchases, including longer hoses that can reach either side of a vehicle. And having debit cards speeds up the process of fuel purchases.

Speedway is another fuel retailer that offers perks to consumers. Speedway has its own price search feature on its website. Click here for this option.

Liked this article? Then stay on the scene as Inside Scene continues more coverage on the gas hike subject. Click to read more Penny Pincher articles.