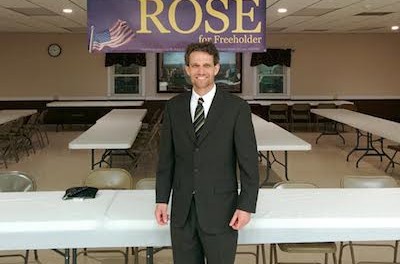 Sussex Borough Mayor Jonathan Rose held a fundraising event on May 8th at the Sussex Firehouse. Over 125 attendees enjoyed the roast beef and chicken dinner prepared by the fire department members. 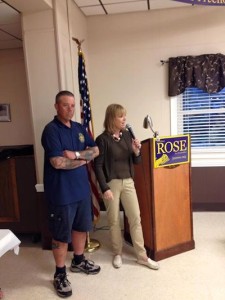 The event was formally kicked off with remarks from Freeholder George Graham. The Pledge of Allegiance was led by Franklin Mayor Paul Crowley and Freeholder candidate Carl Lazzaro followed with the prayer. Additional speakers included Assemblyman Parker Space, Assemblywomen candidate and current Freeholder Gail Phoebus and Hopatcong Mayor Sylivia Petillo. While each of the speakers pointed to the criticality of the current election to the future of the County, they additionally expressed their deep faith in the capabilities of Mayor Rose to bring about a brighter future. 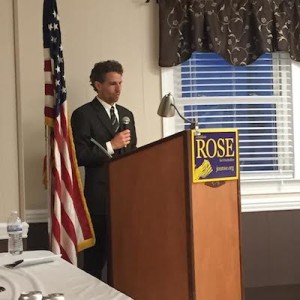 Jon Rose at the podium. Photo courtesy of Jon Rose.

Mayor Rose was the last to speak. He provided the audience with his range of qualifications which included the foundation of his political views which were formed, “growing up about a mile from here,” to a review of his tenure as Mayor of Sussex. Rose went on to provide his views on the mistakes made throughout the solar debacle and concluded with his vision for a stronger Sussex County. 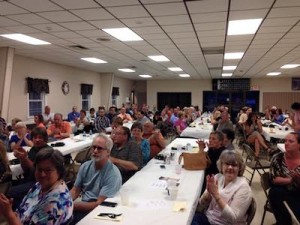 Mayor Rose is running for one of two open seats on the Sussex County Freeholder Board. Additional information about his positions can be found at http://www.jonrose.org.