The Franklin Police Department conducted another investigation of narcotics distribution from within the Borough.

Franklin Detectives investigated and found that a pair of Sussex residents, had allegedly been selling heroin and crack cocaine in and around Franklin Borough.

The investigation resulted in the arrest of John E. Hall Jr, 27, of Sussex, New Jersey and Logan Zeigler, 23 also of Sussex, New Jersey. Both were arrested on 4/20/2015 at approximately 7:45PM near the Hardyston Elementary School on State Highway 23 in Franklin NJ. They are both alleged to have intended on selling heroin and crack cocaine at the time of their arrest. 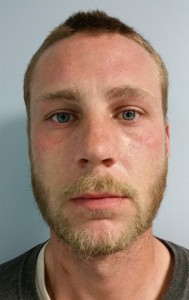 Both were alleged to have an undisclosed amount of heroin and crack cocaine ready and packaged for sale. Both were further found to be in possession of various pieces of drug paraphernalia including pipes commonly used to smoke crack cocaine and several hypodermic needles.