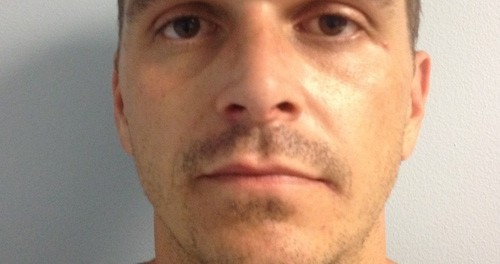 On July 27, 2014 the Franklin Police responded to a residential burglary on Main Street in the Borough.

Upon arrival contact was made with the victim who reported that a burglary occurred sometime between July 25, 2014 at 1:00 PM and July 27, 2014 at 1:30PM. The victim reported that prescription medication along with currency was taken from the residence.

An investigation by the Franklin Borough Detective Bureau resulted in the arrest of Raymond W. Ammacher, 34, of Franklin New Jersey.

Mr. Ammacher is alleged to have entered the apartment by removing an air conditioning unit from a window, enter the apartment, and remove prescription narcotics along with less than $200.00 in currency.

Mr. Ammacher was charged with Burglary, two counts of theft, and use of prescription legend drugs.

Mr. Ammacher’s bail was set at $26,000 with no ten percent option. He was lodged in the Sussex County Jail in lieu of bail.

The Franklin Police Department is urging all its residents to secure all of their windows and doors, even those with air conditioning units in them and to report any suspicious activity to the Police Department.