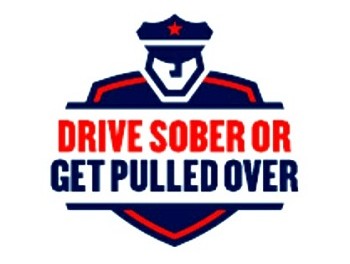 FRANKLIN BOROUGH, NJ — Law enforcement officers from the Franklin Borough Police Department will be cracking down on drunk drivers as part of the 2014 Labor Day “Drive Sober or Get Pulled Over” campaign. Beginning August 15 and running through September 1, local and state law enforcement officers will conduct sobriety checkpoints and roving patrols, looking for motorists who may be driving while intoxicated.

“Drive Sober or Get Pulled Over” is a national campaign designed to raise awareness about the dangers of drinking and driving through high-visibility enforcement and public education tools, including posters, banners and mobile video display signs. Launched across the U.S. in 1999, the program works to combat drunk driving during the busy summer travel season, including the Labor Day holiday period.

“More than 10,000 people are killed in the United States each year in alcohol-impaired driving crashes. Drunk driving is reckless and preventable,” said Gary Poedubicky, Acting Director of the Division of Highway Traffic Safety. “During this campaign police agencies in New Jersey will be sending a clear message. If drivers are caught driving impaired they will be arrested.”

In 2013 alcohol-impaired fatalities accounted for 22 percent of New Jersey’s motor vehicle fatalities. As part of the initiative, the Division of Highway Traffic Safety provides grants to local law enforcement agencies throughout the state to run the two-week campaign.

Law enforcement agencies participating in the Drive Sober or Get Pulled Over 2014 crackdown offer the following advice: