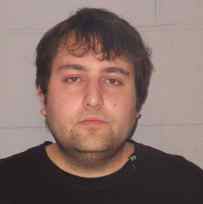 WHERE IT HAPPENED: Zeek Way Hopatcong

WAS BAIL SOUGHT:: No

ANY OTHER INFORMATION: The officers went to a home on Zeek way after getting a transferred 911 call from Morris County. The Hopatcong Police Dispatcher was able to trace the 911 call to the home on Zeek Way.  When the officers arrived they met Daniel Smith.  They advised him that a female called 911 from that location.  Daniel lied and said that no one was home but him and the landlord who was upstairs. Sgt. O’Shea had dispatch call the woman back.  Meanwhile Sgt. O’Shea found Smith to be very nervous.  He asked Smith to allow him to go inside.  Smith said no.  A woman then came to the door from inside who was Shirley Sanchez age: 23.  She stated that she was the one who called 911.  She called because the two had an argument and she wanted to take a walk and cool off.  However, Smith would not leave her alone so she called 911. Smith reminded Sanchez that she has a warrant out of Hoboken for jumping a turnstile. This was confirmed by the officers with Hoboken Police.  Smith was arrested for lying to the officers.  Sanchez was arrested for the warrant.  Hoboken Police would not come and get her.  She was given a new court date.  Smith was charged and later released.

Lying to an officer will only make matters worse.  If Smith just went and got Sanchez Hoboken would not have come to get her and Smith would not be charged. They turned what would have been a 10 minute investigation into and arrest.