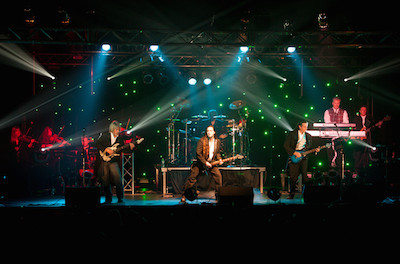 Newton, NJ – Twelve Twenty-Four will be bringing their amazing high energy, full-scale, holiday rock orchestra concert to The Newton Theatre at 7:00 PM on Sunday, December 13th!  Their performances feature the music of the Trans-Siberian Orchestra, as well as their own holiday creations.

Established in 2002, Twelve Twenty-Four performs its Christmas music with a theatrical, rock edge to create a holiday show suitable for fans of all ages. As the nation’s original and longest running recreation of the Trans-Siberian Orchestra, Twelve Twenty-Four continues making a name for itself throughout the Mid-Atlantic Region.

This year’s shows will feature songs from their 2012 release, Light in the Dark; their 2010 debut CD, Miracle on Rock Street; as well as everyone’s favorite selections from all five Trans-Siberian Orchestra recordings.

Gracing their concert stage this season is an amazing group of professional and talented performers.  With a total of fourteen performers, which includes a six-piece rock band, multi-piece string section, and a variety of vocalists, Twelve Twenty-Four brings the magic of Christmas alive at each show.

As in the spirit of the season, over the past thirteen years, Twelve Twenty-Four has helped different charity organizations raise tens of thousands of dollars!