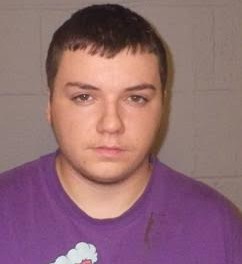 ANY OTHER INFORMATION: Two musicans were leaving the Barber Shop recording studios next to Pavinci’s grill.  The saw a man walking down the road with a long gun.  They hid and called 911.  When the police arrived they said the man went behind the Grotto restaurant.  The officers searched the area but could not locate anyone  They called for a K-9 but none were available. During the next few days information was gathered on who this person was.

On 06/09/15 I (Lt. Kmetz) received a message on the Hopatcong Police Facebook.  The message was from an anonymous source giving me the name Russell Stewart as the person who had the gun. I contacted Det. Sutphen and relayed information to him as I typed with this person.  Det. Sutphen and other officers responded to Stewards home.  Steward was cooperative.  The officers retrieved the weapon he had been carrying that night. Steward was going to walk to the 7-11 in Roxbury to rob it. It was to long of a walk so he went to the E & T to rob it. The deli was closed so he went home.  Stewart was charged and bail was set.  He was taken to the Sussex County Jail.

Thank you to the person who gave that information.  You may have saved Stewart’s life if he chose to try this again.  You are the eyes and ears for your Police Department.  This is your town.  You keep it safe or not. Lt. Kmetz