New Jersey Labor Commissioner Hal Wirths, volunteering his time during the "Season of Service" in Sussex.

SUSSEX – The United Methodist Church was abuzz with activity on Monday, Nov. 25, as volunteers packaged up bags full of food, which were distributed later on in the day to more than 125 Sussex County families.

One of the volunteers who rolled up his sleeves was New Jersey Labor Commissioner Hal Wirths, a resident of the county.

He said his family has been involved for years, including his mother-in-law, wife Debbie, and their children.

Wirths marveled at the approximately 130 turkeys that he and a group of volunteers picked up from Weis in Franklin, then dropped off around 9 a.m. at the church, when the efforts really began. 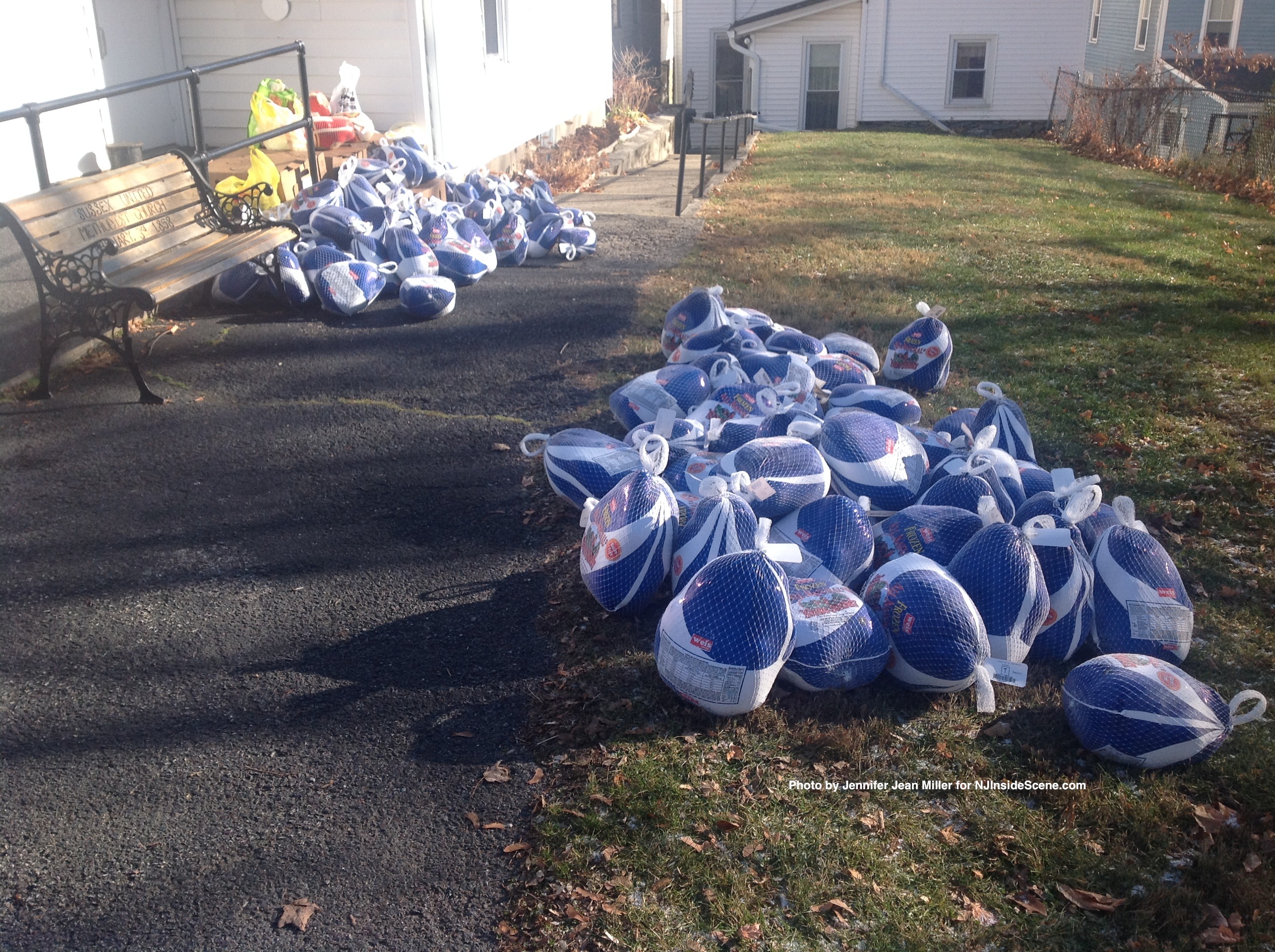 Turkeys outside of the Sussex United Methodist Church, ready to be placed into food bags.

He said that 15 to 20 families were recently added to the list of families in need, who are assisted in the Sussex area.

The group that coordinates the effort during Thanksgiving, and the year through, is the Sussex Help Center, located at 28 Main Street, in Sussex.

Joan Thomas, who is one of those involved with heading up the Sussex Help Center, said that the amount of individuals helped by this Thanksgiving initiative range from single people, to families with 11 people.

The items packed on Monday, she described, were ones that were “anything appropriate for Thanksgiving.”

In addition to the turkeys, there were boxes of stuffing, Potato Buds, and cake mix; cans of vegetables, cranberry sauce, and soup; jars of gravy; bottles of juice, and more. Boxes of cereal, jars of spaghetti sauce, cans of tuna fish, and others items, rounded out the items for distribution.

This past collection focused primarily on Thanksgiving items, with other items that were donated outside of the Thanksgiving classification, brought to the Sussex Help Center for the pantry.

The Wanderers Car Club has been another regular and generous contributor, Thomas said.

“They start us off in November with a wonderful donation,” she said. 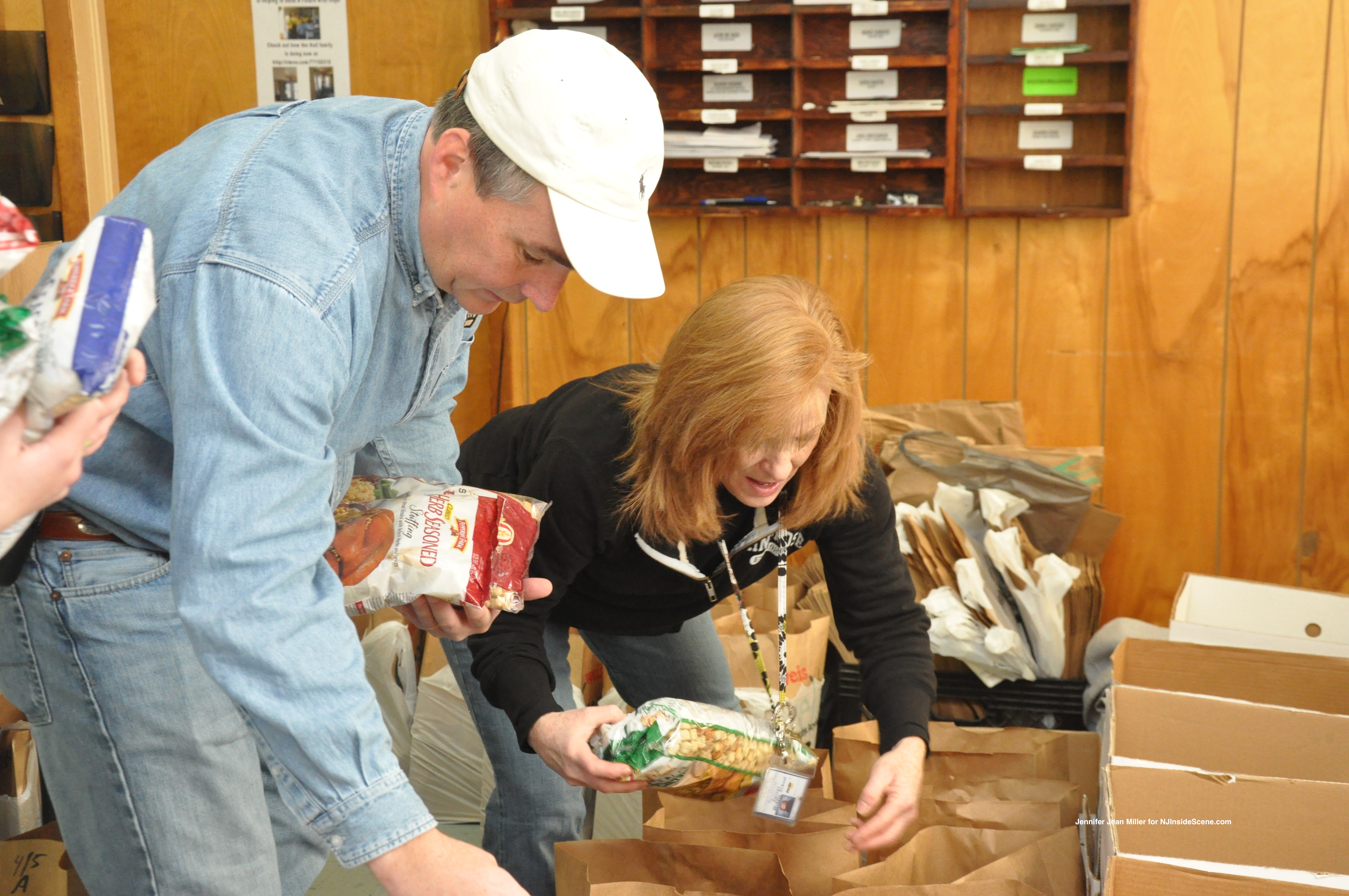 Additionally, students from the Sussex Middle School student council helped bag items on Monday.  There was an internal collection effort at the school that rallied for items, with a special prize for the class with the greatest number of donations.

“The class with the most food gets a pizza party,” Thomas said.

Brian T. Murray, the Director of Communications & Marketing for the Department of Labor and Workforce Development said members of Governor Chris Christie’s cabinet, which includes Wirths, will participate in community service efforts and volunteer their time, through the end of December, as part of the Governor’s “Season of Service” initiative. This is the third year the “Season of Service” has taken place.

Volunteer opportunities are listed on the “Season of Service” website. One listed as a “Hero Organization,” on the site, is Project Self-Sufficiency in Newton. Click here for a list of Volunteers Centers statewide.

“It’s second nature to Hal,” Murray pointed out about Wirths’ spirit of volunteerism, as he made his way from station to station, gathering up items to place into food bags. 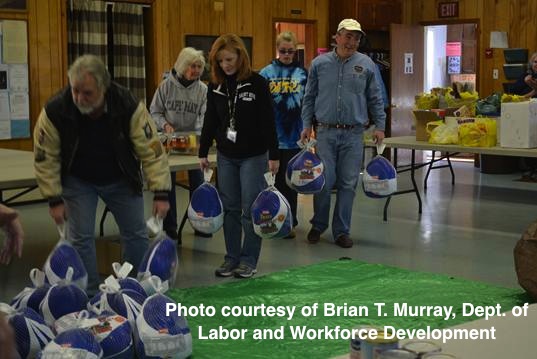