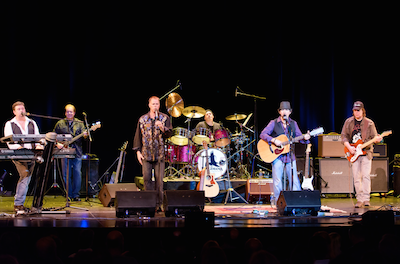 Eaglemania, courtesy of The Newton Theatre.

Newton, NJ  – The ultimate Eagles tribute EagleMania returns to The Newton Theatre on Friday and Saturday, April 29th and 30th, 2016 at 8:00  pm each evening. Tickets will go on sale to the general public on Friday, December 11th at 10:00 am.

The music of the Eagles, with the combination of heartfelt ballads, rock anthems and the unmistakable sound of vocal harmonies, has propelled the band for the past four decades, positioning them as one of the most successful and popular bands in music history. And now EagleMania performs all of their hits replicating the Eagles’ sound leaving fans with an experience that they do not soon forget.

Their set list consists of the best of the Eagles catalog including such monster hits as Hotel California, Desperado, The Long Run, Witchy Woman, Take it Easy, Best of My Love, Peaceful Easy Feeling, Tequila Sunrise, Already Gone, Take It To The Limit, One of These Nights, Life in The Fast Lane, Boys of Summer, I Can’t Tell You Why, In the City, Heartache Tonight, Dirty Laundry, Victim of Love, Lying Eyes, Life’s Been Good and many more!

Formed in 2010, EagleMania has emerged as a major act throughout the East Coast, performing to sold out audiences everywhere they go. In addition to Eagles hits, they also perform the great songs of Don Henley, Glen Frey, and Joe Walsh. The band consists of an ensemble of veteran musicians whose goal is to faithfully reproduce the Eagle’s repertoire, music they love to sing and play, always committed to giving their audience a perfect show every time they take the stage. People often remark that if they closed their eyes they would think they were listening to the actual Eagles live in concert.