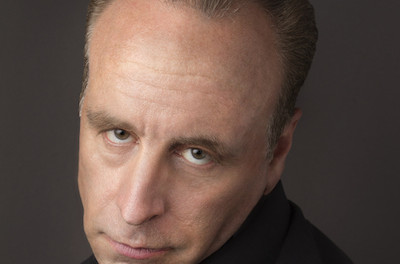 NEWTON, NJ  – Comedian Vic DiBitetto, known as the Italian Hurricane, and support act Fred Rubino will perform at The Newton Theatre on Saturday, May 21, 2016 at 8:00 pm. Tickets will go on sale to the general public on Friday, January 29th at 10:00 am.

An incredibly powerful performer, Vic DiBitetto churns energy, honesty and humanity into nonstop laughter. His pace is frenetic. He’s been called a cross between Rodney Dangerfield and Ralph Kramden. DiBitetto leaves his audiences breathless with laughter and is referred to as a “killer” by most other comics, many very famous, meaning they don’t want to follow Vic onstage.

Vic is featured in Kevin James’ latest movie Mall Cop: Blart 2 which premiered in April 2015. He is an internet sensation with tens of millions of YouTube views and his now famous Bread and Milk, Justin Bieber and Kanye West viral rants, performs on radio and television and has brought his stand-up act to many prestigious venues.

Vic has appeared on television’s America’s Funniest People (ABC) where he was a $10,000 Grand Prize winner, Stand-Up Spotlight (VH1) and was in a pilot with Woody Allen and Danny Aiello.

Up until 2014, Vic drove a school bus for special needs children for 20 years. The law requires that there be a matron on the bus as well, who was his wife, Lucy. Before that, he drove a garbage truck. They were finally able to “get off the bus” and focus solely on Vic’s career.

Fred Rubino’s comedy is derived from the humor and hilarity of growing up Italian – and in Brooklyn. Fred was a featured comic on Opie and Anthony’s radio show, co-starred in a TV pilot with Vic Dibitetto, had his performance broadcast live on the internet via Action Audio, has made numerous appearances on local cable talk shows and, like Vic, performs at many prestigious clubs. He also has recently been signed to perform at Resorts World Casinos as well as the Tarrytown Music Hall, two very large, exclusive venues. He has successfully transitioned from featured comic to star and headlining comedian in his own right and can be seen in Vic’s Vignettes on you  tube!