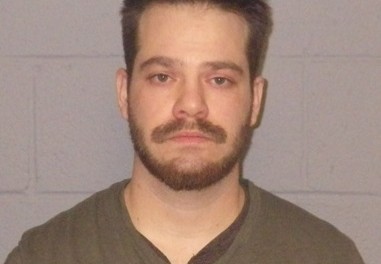 NAME OF THE ACCUSED: Cory Wootton

IF THEFT WHAT AND VALUE: None

ANY OTHER INFORMATION: Patrols responded to a home on Maxim Drive on a report of someone who just kicked in a door and left in a black Honda Civic.  When the officers arrived they found the door jam and lock were broken. A woman in the home stated that she was inside with her boyfriend when they heard knocking on the door.  This knocking got louder but they did not answer. They heard a loud bang and found that Cory Wootton kicked in the front door.  Wootton who dated the female threatened the boyfriend who was in the home.  When Wootton was told the police were coming he left.  Sgt. Antonello contacted Wootton on the phone and asked him to come in.  He did so. He was charged, processed and brought to the Sussex County Jail in lieu of bail.