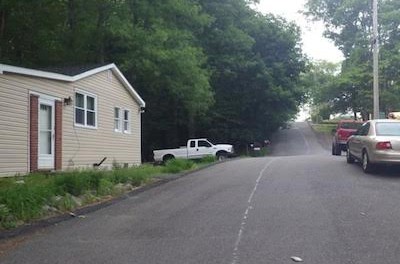 One of the gouges caused during the incident. Photo courtesy of the Hopatcong Police Department.

DATE: 05/30/15 CASE:15-06393
TIME OF STOP: 03:42 First complaint came in
ROADWAY: See narrative…
NAME OF THE ACCUSED: See narrative
AGE OF THE ACCUSED: See narrative
ACCUSED LIVES IN: Hopatcong
STOPPED BY: Ptl. Kern
REASON FOR THE STOP: See narrative
ANY RESISTANCE: No
CHARGES AGAINST THE ACCUSED: See narrative
ANY OTHER INFORMATION: At 3:42 am a caller from Rollins Trail called in a jeep driving around with juveniles standing up in it screaming. Officers responded but did not locate the vehicle. At4:20am The same reported jeep knocked down a street sign on Ohio Trail. Officers arrived and followed gouge marks from Vassar Trail onto Geneva Trail and onto Williams Trail. The marks led into the driveway of 31 Williams Trail. The marks then left the driveway going down Williams Trail to Keith Road. There, Officer Kern saw the jeep parked in the road. The Ohio Street sign was sitting in the back of this jeep. The driver was identified as Adam McLagan Age: 20 of Williams Trail. He had been drinking alcohol. He was given Field Sobriety Tests and failed. He was arrested for DWI. It was found that MCLagan took the jeep which was registered to his mother and ran over street signs and mailboxes. 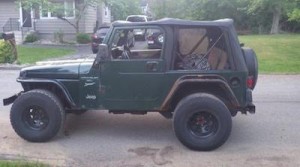 The Jeep used in the incidents. Image courtesy of the Hopatcong Police Department. 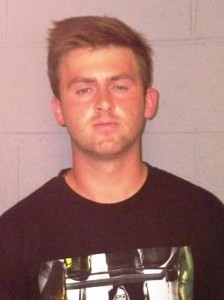 Ryan Frace of Adelphi Trail Age: 19 was the passenger. He was arrested for Being under the influence of alcohol underage. When he emptied his pockets he had marijuana. He was charged with Possession of Marijuana and Possession of Paraphernalia. McLagan is the first photo. Both were later released to family or a friend.