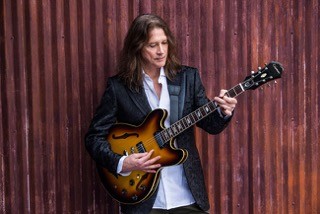 The Guitar Army consists of Robben Ford, “one of the top 100 guitarists of all times” (Musician Magazine), Lee Roy Parnell, an exceptional writer with a rich, soulful vocal delivering blistering guitar work and the young, accomplished Joe Robinson. Each take the stage, one set hotter than the next, culminating with all three guitarists together in one blazing jam session.

Guitar virtuoso Robben Ford is one of the premier electric guitarists today, particularly known for his blues playing, as well as his ability to be comfortable in a variety of musical contexts. A five-time Grammy nominee, he has played with artists as diverse as Joni Mitchell,Miles Davis, George Harrison, Phil Lesh, Bonnie Raitt, Michael McDonald, Bob Dylan, John Mayall, Greg Allman, John Scofield, Susan Tedeschi, Keb Mo, Larry Carlton, Mavis Staples, Brad Paisley, and many others.

Lee Roy Parnell is part of a long line of Texas roots-music eclectics and is among the elite few who can be identified as a triple threat. An ace guitarist, as well as a distinctive singer, and hit songwriter, his music runs the gamut of diversity. Combining the influences of Blue-Eyed Soul, Delta Blues, Road House Rock, Southern Boogie, Texas Swing, and Gospel, Parnell’s sound defies conventional classification. He draws from a broad range of musical sources and combines them with seamless dexterity and, unlike many other hard-to-pigeonhole artists, Parnell has enjoyed a run of success on the country and blues charts. 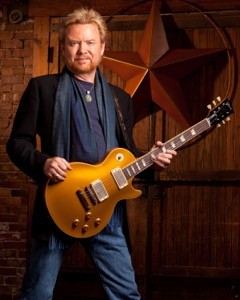 Joe Robinson is a dichotomy. A self taught virtuoso guitarist acclaimed by many of the worlds great players, yet a contemplative and vulnerable singer & songwriter. 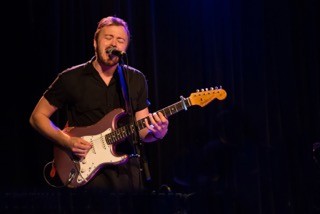