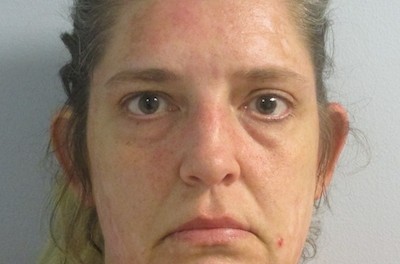 FRANKLIN BOROUGH, NJ – On July 15, 2015 the Franklin Borough Police Department conducted an investigation of narcotics and prescription fraud within the Borough.

Franklin Detectives investigated and found that a Franklin resident had allegedly been fraudulently obtaining an opiate based narcotic by deceiving multiple physicians and pharmacies in Sussex County.

The investigation resulted in the arrest of Angela Hope Adams, 43, of Franklin, New Jersey. Ms. Adams was arrested on 7/20/2015 at approximately 8:00PM at her residence in Franklin.

She is alleged to have given false names and information to physicians and pharmacies in order to obtain certain narcotics from pharmacies in Franklin Borough.

When Ms. Adams was arrested, she was alleged to have in her possession, an undisclosed amount of opiate based narcotic-like pain relievers which were not obtained lawfully.