The Town of Newton's new logo and tagline.

NEWTON  – “City Style. Country Cool,” is the new catchphrase for the Town of Newton, unveiled at a ceremony on Friday, April 11.

The event marked the 150th anniversary when on April 11, 1864, the New Jersey Legislature via an act, dissolved the Township of Newton and created the Town of Newton (also forming Andover and Hampton Townships). Lands from Andover and Fredon Townships helped to further form the town.

“As the County Seat of Sussex County, Newton is truly the center of business, industry, education, commerce, retail and family life in the region,” Thomas S. Russo, Jr., Town of Newton Town Manager told the crowd that gathered in front of the Newton Fire Museum for the logo’s unveiling, while a few raindrops intermittently sprinkled on those in attendance. “We are proud of our history and even more proud of the changes made recently to redevelop and revitalize Newton.”

Gina Thomas, the town’s marketing consultant described Newton’s metamorphosis as a transformation to a small city from a big country town.”

“Newton is the gateway to New Jersey’s skyline’s region, a four-season destination for visitors throughout the metropolitan area and beyond,” Thomas said about Newton.

In celebrating the town’s 150th birthday, there will be other events to commemorate the momentous occasion, including festivities at this year’s Newton Day on June 14, and a special bunting contest in which residents and businesses will be encouraged to decorate the town in patriotic old-fashioned bunting. Prizes will be given out to the businesses with the best bunting, which the deadline for hanging the bunting is in time for Memorial Day and those who hang it outside of their buildings are encouraged to keep the bunting up through July 4. Locally, bunting can be purchased at the Springboard Shoppes.

The Town of Newton’s 150th birthday lands in conjunction with the State of New Jersey’s 350th anniversary. Newton has been the site of the New Jersey 350 Pop-Up Store, a store making its way through the state until the end of this year. The store sells New Jersey themed items, and also goods local to the areas where the stores “pop up” during their stays in their temporary locations. The store in Newton was slated to stay until April 12 and has been extended through Wednesday, April 16 — it is within the Springboard Shoppes.

During the pop-up store’s tenure within town, there have been special events in the store, including local author book signings and events with the artists at the Spring Street Art Center headquartered within the Springboard Shoppes.

One of the visitors to town on Friday was Eric Groves, the CEO of Alignable, an online networking and community site catered to foster the growth of local businesses. Alignable is one of the key sponsors behind the NJ 350 Pop-Up Store.

In addition to several other speakers at the ceremony, including town councilwoman Sandra Diglio, Groves also made a few remarks.

“What we believe is that if you bring local businesses together and you support them, that the overall health of the community gets stronger,” Groves said. “And you’ve got some great great stores right here in your neighborhood.”

Following the ceremony, the crowd traversed to the lobby of the Springboard Shoppes for celebratory cake and giveaways of swag bags filled with items emblazoned with the town’s official new marketing logo. 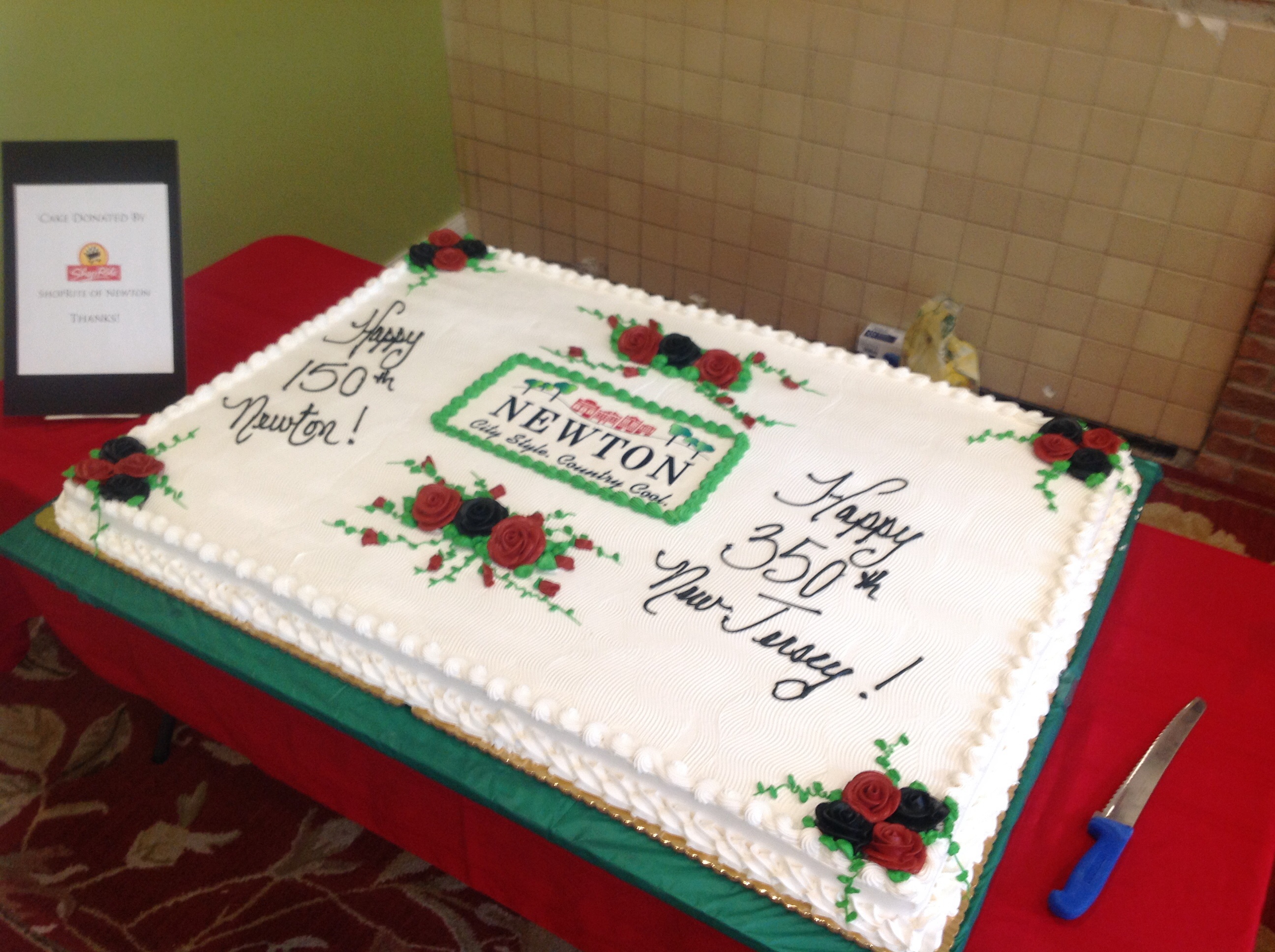 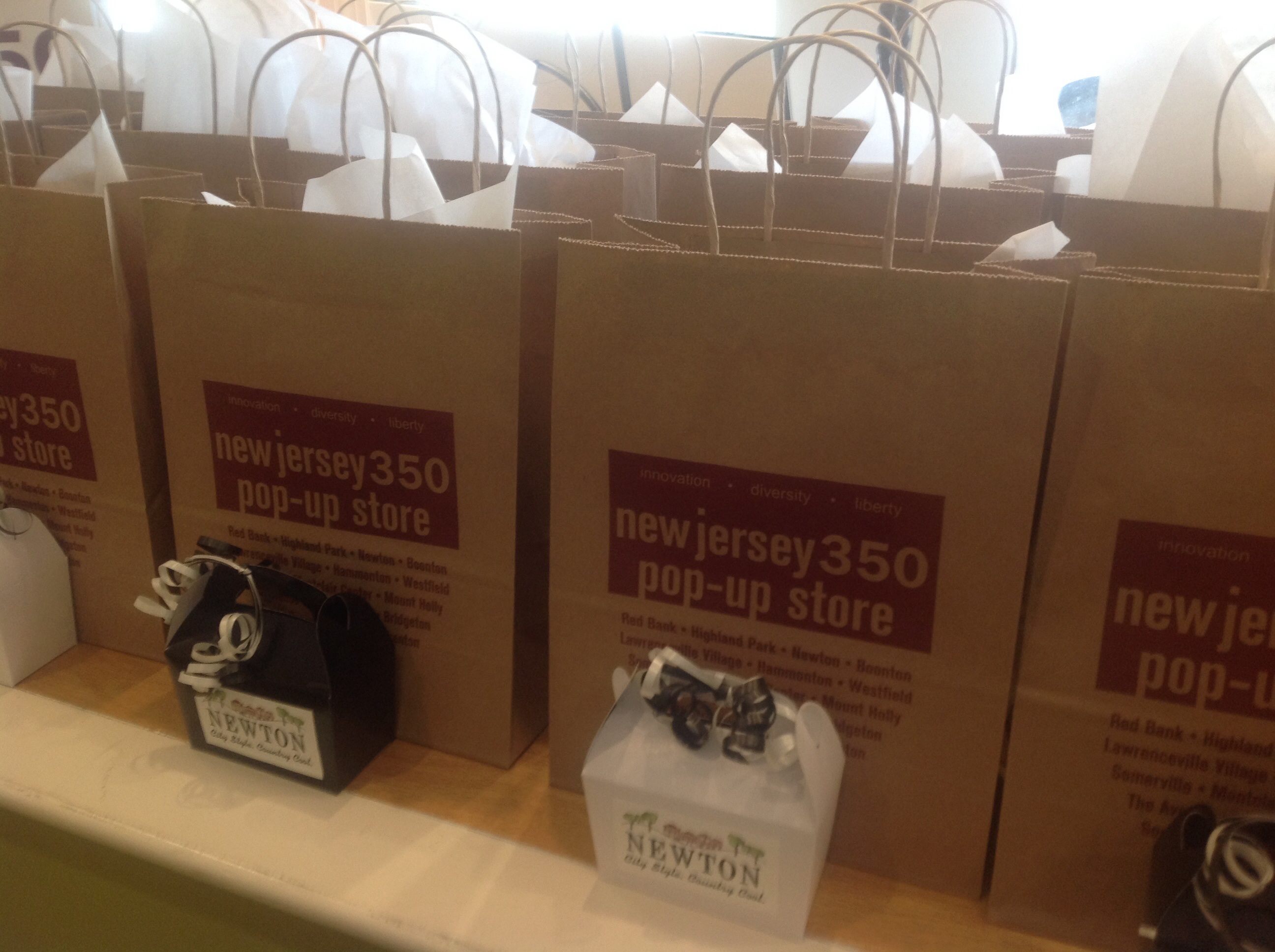 The town also started a new Facebook Page, which can be accessed by clicking here.