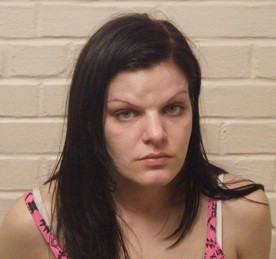 ANY OTHER INFORMATION: The officers went to 45 West River Styx Road on a medical call. They knew that a week prior Julie Gesregan Age 55 reported her vehicle taken by her son Jonathan Delucchi Age: 27 and Jonathans girlfriend identified as Jessika Carcano Age: 26 both who lived with her.  At that time Julie advised that both of them had warrants out for their arrest and may have taken the care to buy heroin.  When patrols arrived on the medical call they asked Julie where her son and his girlfriend were.  Julie said she has not seen them in a few days but she did get her car back.  After the medical call Officer Maresca found fresh footprints in the snow leading away from the home. The Officers followed the footprints.  Eventually they lead to a driveway.  Sgt. O’Shea found Jonathan and his girlfriend hiding under a SUV.  Jonathan gave up but Jessika would not get out from under the vehicle.  She was dragged out by her leg by Officer Lotito.  Both were arrested.  Jessika told the officers that they were at Julie’s house when she called for the ambulance.  Julie told them to run because she knew they had warrants out for their arrest.  They were charged as follows:

– Jonathan Delucchi: Obstruction DP offense and Resisting Arrest (fleeing) 4th degree  bail set at $2,500.00 by Municipal Court Judge Bowkley.  There was a warrant out of Roxbury for $500.00 for Possession of a hypodermic needle

– Jessika Carcano: Obstruction DP offense and Resisting Arrest (fleeing) 4th degree bail set at $2,500.00 by Municipal Court Judge Bowkley. There was a warrant out of Jefferson Township for $1,500.00 for driving without a license

Both were taken to the Sussex County Jail.

Julie Gesregan was charged on a summons complaint for hindering the apprehension of another and Obstruction. She was released after processing. 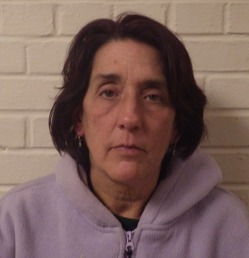