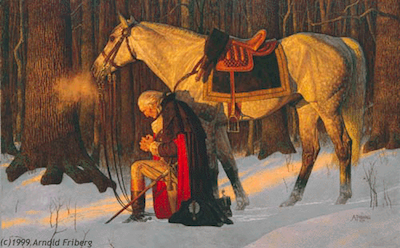 It’s been too long (if ever) that a member of our media stood up for nation and for God…so I’m stepping up to the plate to do both.

We have become so politically correct that in that political correctness we’ve actually become offensive. Yet at the same time those who have taken such a stance of political correctness think it’s acceptable to walk on those with Judeo-Christian perspective…yet the second anyone with a Judeo-Christian view steps up to the plate to defend themselves they are immediately classified as being “racist” or “bigoted.”

Enough is enough. I’m standing up for both the United States today, right here and now and for God.

There is a silent majority that has had enough of being forced to drink Kool Aid of a loud and obnoxious minority. Now, I’m not referring to race, religious, ethnic background, sexual orientation or anything of that nature when I’m referring to “minority.” What I’m referring to is a group that holds anti-American sentiments, though they profess to be American. Their actions do not reflect what America stands for. They scream “inequality” and “inhumanity” yet these are the same people who don’t say a word when the terrorists who struck San Bernardino with murder were even given a funeral and had FBI agents surrounding their funeral. However, many of our mainstream media is so worried about offending anyone or making those in power appear bad, they have actually removed references of government intervention on behalf of the terrorists in the first paragraph. Click here to see Reuters’ revised statement and here with what the news from Reuters originally reported.

In 1777 while encamped during the American Revolution at Valley Forge on Dec. 19 our brave Commander-in-Chief of the Continental Army George Washington took to his knees in the frigid temperatures to pray. Daily, our Founding Father whose only fear was that as a “God-Fearing” gentlemen was spotted alone in the wooded snow dropping on his knees to pray.

Isaac Potts was a Quaker who lived in Valley Forge and it was in his home that Washington headquartered during the six months there. Only 26 at the time, Potts’s home is now a National Historic Landmark. One day, Potts reportedly heard the murmuring of prayer and saw Washington praying. Not being one for war, he returned home to tell his wife of the sight of the great leader humbled in prayer.

Potts told his wife that the newly born nation would be successful and that God was behind this cause seeing how Washington counted on Him.

That time in Valley Forge saw the greatest of casualties but also the greatest of victories for this nation. It was here that the will of the soldiers strengthened in the face of adversity and they mustered their energy to be victorious over the enemy.

That’s because they kept their eyes fixed on God…and had a leader who did too.

However, this does not mean that those who do not believe in God are unwelcome here. What it means is in establishing our Nation, we have become successful because of a God-focused leadership.

That diversion in focus of our nation and removing God is a reason why we have seen a downfall here in recent years. That is because God is about good, love and justice. Many skew the argument about the “separation of church and state.” The separation only signifies that religious despotism is not permitted here and people in this country are free to worship whatever religion they choose…or not worship at all should they also choose. It does not water down the meaning of the principles on how this nation was formed and how it should continue to be run…as a nation under God, though there is the freedom to worship however one pleases.

While God would love all eyes to be on Him…one thing God is about is choice. Those who don’t understand God make Him out to be a big bully who will zap you down with lightning, which He would not. God and His Holy Spirit are gentlemen. By spitting on how the Founding Fathers set up this country, we are spitting on the entire journey of how we evolved and even the motto “In God We Trust.”

There have been a lot of injustices I’ve read about this past year…and experienced some of my own. But what I’ve learned above all is that by keeping my focus on God, difficulties have diminished. That’s because God is greater than them all. Not saying He’s a genie…God always has the backs of those who ask and who seek Him in a fallen world.

As a reporter, I read and hear about so many things that are unfair. Like for example, knowing one of the ladies who was featured recently in an article about courageous women (click here), Trisha Cavosi. How unfair is it that Trisha, who has been battling thyroid cancer would be told that she no longer qualifies for disability? One of Trisha’s friends set up a fund on her behalf to help, because her workplace has basically told her that she does not qualify anymore. Yet, why is it that I know someone who had thyroid cancer, received full cancer care on the house from our government, yet was here on a lapsed visa? Plus that person has spouted anti-American sentiments? Reporting this person to INS and even the embassy from their country as I did, though they were abusive to an American citizen that I know, did absolutely nothing! And even with free cancer care and receiving food stamps, free healthcare and other benefits, this person states how much they hate it here and the people in our country…yet Trisha can’t keep her disability as a lifetime citizen?

And another story which is one that has come across my desk…how can it that a huge foreign company that has a presence in the United States and says that it’s immune to U.S. law rip off a family so badly that they lose their business and their personal property? And this family is only told to “get an attorney?”And the government and our “justice” system allow this company to continue in this manner?

To me, these two examples alone are due to the political correctness that has become rampant in this society today, rather than putting the needs of America and Americans first.

Many of our leaders need to get out of office, period. They’ve lied to the American people and made their leadership all about vanity, power, the limelight and their pocketbooks, rather than the citizens of this country. They are all about glorifying themselves rather than God. Many in the obnoxious minority have allowed the tenets our country was set up on to slip away by letting basics go, such as not singing the National Anthem in many schools anymore, not saying the Pledge of Allegiance in some places, or even attacking students as they pray before events.

When it comes to God we’re talking about plenty not about lack. However, so many of our citizens are lacking so much because of the greed out there in our national, state and local leadership. That leadership bleeds into corporations and government offices that were designed to help people, but instead look at the agenda, which is garnering votes for the obnoxious and controlling minority. That is not what God intended. This is because there are so many people in these organizations who have removed their focus from God and just aren’t thinking straight. And that starts with the leadership at the top. We need to elect leadership that keeps their eyes on God, and considers “P & L” about “People and Love” rather than “Profit and Loss” so a lifetime citizen like Trisha who is ill wouldn’t have her disability canceled and someone here on a lapsed visa wouldn’t be receiving free cancer care. We would have a government who would look at people less like numbers and make each citizen count so a family who helped the local economy to flourish because they had an established business that was destroyed by corruption, would not lose everything they worked for.

I’ve heard so many people say they can’t wait to put 2015 to bed. It’s been a tough year for me too, but I’ve kept my eye on God. The journey hasn’t been easy, but I know everything’s going to be even better than OK because of it. And that’s the message I’d like to deliver and my way to pay it forward to anyone reading this message.

Keep your eyes fixed on God no matter what calamity is heading for you or is surrounding you. He is the one who calms the storm. Think of how our Founding Father George Washington stood in the midst of the blustery winter air to thank God and praise Him and be reassured that the blossoming nation God put in his hands to help form would be great. God makes a way when it seems as if all paths are obstructed. Let faith in God drive you forward…it’s fear that will hold you back.

Pass this message on…it costs nothing to tell someone else that God loves them and whatever they’re going through, He’s got their back. Little by little, we’ll take away the climate of fear, upset, cynicism, lack and doubt that has been permeating our country, and each of the silent majority that I hear clamoring so much on the social media airwaves, will wholeheartedly and confidently not be afraid to stand up to turn things around and stand behind the motto “In God We Trust.”

Merry Christmas by the way, because that’s how we roll at Inside Scene and we’re not afraid to keep “Christ” in “Christmas.” The War on Christmas doesn’t exist here, period because Christmas is welcome.

Wish you and your family an incredible 2016. Have great faith that God has amazing plans for you and yours…as well as our United States of America.