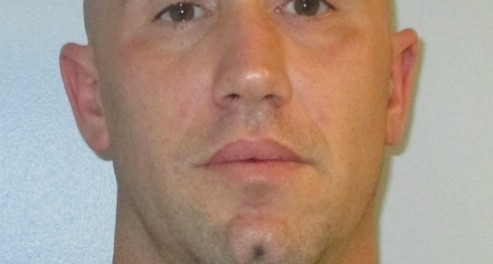 On July 09, 2014 the Franklin Police Department received a complaint of a theft from the Wal-Mart. Asset protection associates related that an unknown individual had entered the store and took several television sets without first purchasing them.

On July 10, 2014 the Franklin Police Department received another complaint of theft from the Wal-Mart. Asset protection associates reported another theft of several television sets by an unknown individual.

First responding officers took a report of both incidents and turned the investigation over to Detective Robert Vander Ploeg.

Detective Vander Ploeg conducted an investigation which led to the arrest of Thomas Brady, 37, of Sussex, New Jersey, after Mr. Brady was apprehended attempting to leave the store with another television without first purchasing it on July 11, 2014.

Mr. Brady was also found to have an active arrest warrant from West Milford.

Mr. Brady was charged with three separate counts of theft. Bail was set at $20,000 with no ten percent option. He was transported to the Sussex County Jail in lieu of bail.

All suspects are innocent until proven guilty in a Court of law.