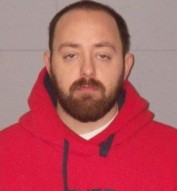 ANY OTHER INFORMATION: Officer Kern was on Lakeside Blvd when a vehicle passed him.  He ran the license plate which came back expired.  When Officer Kern pulled the vehicle over he could smell the odor of raw marijuana from inside.  The driver stated he had no knowledge of marijuana in the vehicle.  When Officer Kern spoke to Rode who was the front seat passenger he was told by Rode that he had a marijuana cigarette under his genitals. after being patted down for weapons Rode was allowed to retrieve the marijuana cigarette. Rode was arrested and taken to headquarters.  He was processed, charged and later released.