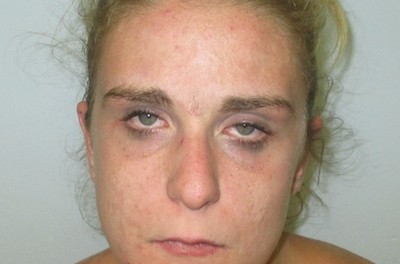 FRANKLIN BOROUGH, NJ – Franklin Police responded to the Franklin Wal-Mart, after management reported a suspicious condition on 7/31/2015 at 9:45 PM. Management in the Wal-Mart specifically reported a female who was in the public restroom, acting unusual.

When officers arrived they located Ms. Brittany A. Jamieson, 24, of Hamburg. Ms. Jamieson was allegedly found to be in possession of heroin, hypodermic needles, marijuana, and other drug paraphernalia.

Ms. Jamieson was arrested at approximately 9:55 PM and transported to the Franklin Police Department.