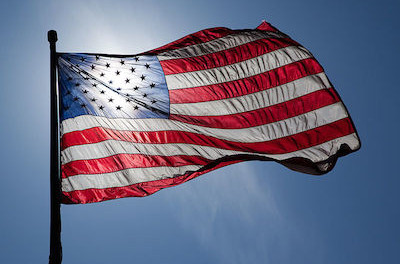 This post may be offensive to some, while to others there may be some relief that more beans are being spilled on this topic. I felt like Labor Day, when American workers should be honored, may be an appropriate time to unleash it.

But I’m finding more and more that we are sacrificed and it seems like the harder we work, the harder it can get…and the bar seems to just be raised higher for hardworking local businesses, and employees too.

It was a dealing with my internet carrier, that brought this topic to the forefront in my mind, due to the frustration I experienced with three attempts at customer service to resolve an issue. And the carrier never resolved the issue actually.

It actually wasn’t customer service per se that I was dealing with, but tech support several weeks ago because of an Internet issue I was having at home.

When I was transferred, there was a bit of a wait until someone picked up because I was told it was a Monday, and when I did, there was a person with an accent on the line. No problem on the accent, but the phone line she was speaking on seemed as if she had connected to my phone line with a string and a soup can. She assured me my issue would be resolved by noon, after speaking to some other people on the back end, and that was that.

However, it wasn’t, and as a small business owner, that can also create issues. So I called back that day around 1:30 p.m. This time, I was transferred again, to a poor sounding line (which honestly, neither of the lines should have sounded awful since this was reportedly a representative from the phone company…though it’s known our phone company outsources their work). This person spoke with an accent and hardly understood English. They told me that since my issue was not resolved, I needed to be referred back to customer service. The previous person spoke to another tech person while we were on the phone…why couldn’t we do that? I was told that it would be impossible and that I needed to speak to customer service, since it wasn’t resolved correctly when it should have been the first time.

So I waited for customer service about 10 minutes, and miraculously I am transferred to a gentleman, who is a native English speaker…not to mention the phone line is absolutely clear. I asked him if the person I had been speaking with was in another country and he wouldn’t answer my question. He swore that my Internet issue would be fixed before the end of the business day.

After rebooting my net connection about five zillion times, shutting off my router and modem and turning it back on again, to no avail after 6 p.m. I am on hold again, waiting for at least 20 minutes. Finally, another person with an even thicker accent than the other two and the crackly phone line comes on again. I explain that I’m trying to find out what is going on with my Internet and that I was told it should be resolved by the end of the business day.

The first question she decides to ask me is what type of modem I am using.

I totally quit at that point since she didn’t seem to comprehend what I was inquiring about at all (I just wanted a timeframe), and simply asked to be connected to customer service. Unlike the second person who waited until there was a representative back on the line, she sent my call into the abyss. I heard the pre-recorded message tell me I would have about a half-hour wait.

In the meantime, I fiddled with my Internet connections, turned browsers on and off again and suddenly, it was restored. Maybe it was something on my end, or maybe on their end, but I was still on hold and hung up.

It was honestly an arduous process for nothing it seemed. And I feel if some of the communications had been resolved, it would have been solved much quicker.

I am not xenophobic and have nothing against the idea of immigration. In fact, if you look at it, even those of us who are here are technically here courtesy of immigrants, unless we are in fact, Native Americans. For me, the bulk of my family lineage arrived here fully by the turn of the 20th Century, though my maternal grandmother arrived here permanently around 1933 (they visited at least a couple of times as my great-grandfather established life here for them, until he was able to bring them over). However, one of my family lines has been here since the late 1600s, and was one of the first families to own land in Pennsylvania.

All of them have been hardworking and positive contributors to society, some toiling here under tough conditions, like my one great-grandfather from Scotland who started here as a ship’s plumber, or one of my second great-granddads, who was employed with the ferry system. They were laborers, like most ancestors were, who paved the way through blood, sweat and tears, for the rest of us. My great-grandfather literally broke his back, with a horrible case of scoliosis that developed in his plumbing job. One of my cherished family documents is his social security card, one of the originals that was set up right after the Social Security Act of 1935, and reads “Social Security Act,” at the top, issued on Nov. 25, 1936.

I have lived in a foreign country before as a student, and it was a pleasant experience for both my host country and me (at least I believe that). In my past, I traveled extensively abroad too. And I have a number of friends who are foreign abroad, as well as who have foreign roots.

What I do consider a problem, first off, in this country is the widespread acceptance of illegal immigration. I have no issue with immigrants who are coming here and contributing positively to society as a whole. But when someone is here without proper paperwork, taking healthcare and benefits from U.S. citizens (especially veterans) who become ineligible, as well as undercut them with employment…that’s a huge issue. And it is a huge issue here for sure right now.

And for any American who is exploiting an undocumented individual with work, shame on you. You are contributing to the mess this country is in.

How an undocumented immigrant can have limited healthcare, let alone any, is beyond me, when American families struggle through the maze of Obamacare (including one person I learned of later who held a longtime lapsed citizenship who received cancer care, at no cost to them, but full cost to the U.S. government). Jobs and any type of welfare assistance, that’s a whole other topic. How about Social Security numbers that are stolen?

And don’t forget that undocumented parties can obtain drivers’ licenses in some states…another travesty.

There are many immigrants that I know here who are documented, and hardworking, longtime business owners and workers. There are some I know attempting to come here, that have made plans to come through the legitimate channels, but are having difficulties with the process. Those who have plans to come here with proper permissions, or are here legally, should be welcome and are welcome with open arms…as I know so many families were welcomed and paved their ways here so many years ago.

And this “They Can’t Deport Us All,” stuff, with using children to hold up signs is pathetic. Oh yes they can…and they should…if you are not here legitimately. Not only are you arrogant types the ones who are here illegally, you are also the one that just bragged to someone I have recently run across on social media, that you’ve earned three degrees paid for completely by the U.S. Government. It’s these types too who are coming here just to have those babies, that your hope is it will entitle you to stay since they were born on U.S. soil (and paid for by the rest of us), while you were here undocumented. It’s these cliques too that have their communities within the U.S. that share with others how they can come here and reap all of the benefits from the government, without lifting a finger.

But let’s move away from that topic and focus on the topic of outsourcing. A U.S. News & World Report article shows that outsourcing to China specifically has led to the loss of 3.2 million jobs in the United States since 2001. I can even say that some of that labor is online in the writing sector, with jobs so low paying for an American to survive on, but is eaten up by those online in countries like China and India…with crowdsourcing activities paying pennies on sites that are hosted in the United States, but used by all.

Though some crowdsourcing companies may allow all to participate, how many companies outside of the U.S. have flipped the paradigm and offered to outsource business to the United States? Maybe we ought to ask countries that we outsource to, to outsource some of the work back. Bet you they won’t.

And while numbers in my state, for example, claim that employment is up, I don’t buy it. That’s based on those who are receiving benefits and are channeled through the state workforce programs. There are some people that are self-employed, that are struggling with work, and are underemployed. In fact, our nation is filled with them. The self-employed can’t receive unemployment. Those unemployment numbers don’t count many of them, who are barely squeaking by and are in desperate situations…but aren’t considered desperate enough according to our government because they are making just enough to receive food, medical or any type of assistance…assistance that is typically being swiped by those who aren’t entitled to it.

This election in 2016 is truly important. We all need change in this country. We need to choose our candidates wisely, who will keep jobs here, and allow immigrants here that are documented and would like to contribute positively, plus remove those who are here illicitly who don’t want to contribute, and we are all paying for, not just monetarily, but in the way that our country thrives.

Maybe the next time I pick up the phone for Internet technical assistance, my tech support, regardless of accent, will be someone that is within the 50 states, with the phone line as if it’s next door. That will feel like the United States again. And if they are someone who is new to this country, I will surely welcome them…and thank them for being here.