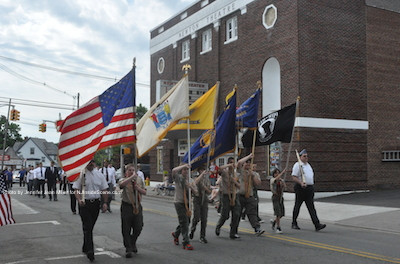 NEWTON, NJ – Downtown Newton’s Spring Street was the ideal setting for the annual Memorial Day Parade that the Greater Newton Chamber of Commerce (GNCC) coordinates annually in the Town of Newton on Monday, May 25.

Parade attendees lined the sidewalks with many dressed in patriotic gear to honor those who served.

The parade kicked off at 10 a.m. with Town of Newton Police Chief Michael Richards leading in his vehicle. Military members who served followed behind the chief, greeted with applause and thanks for their service. A number of these retired members of the military walked, or were paraded down Spring Street in vehicles, waving from there to the enthusiastic crowd. 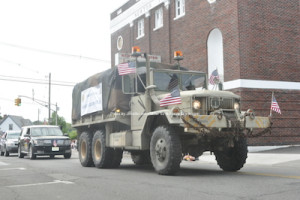 A truck from the American Legion. Photo by Jennifer Jean Miller. 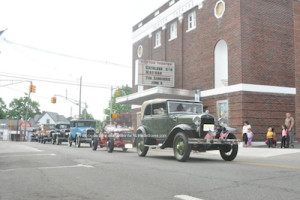 Dignitaries also led the procession. Senator Steve Oroho (R-24) marched with county and town leaders. Freeholders Richard Vohden and Dennis Mudrick were in the lineup. Freeholder and Asssembly Candidate Gail Phoebus marched next to Oroho. Jonathan Rose, Sussex Borough’s Mayor and Freeholder Candidate also made a showing at Newton’s Parade. From the Town of Newton, mayor Kevin Elvidge marched in the parade, along with deputy mayor Dan Flynn and councilman Wayne Levante. 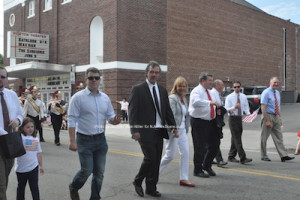 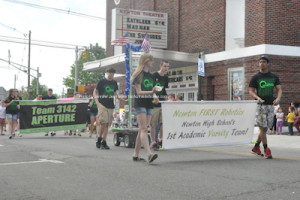 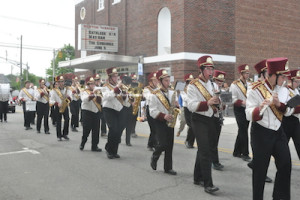 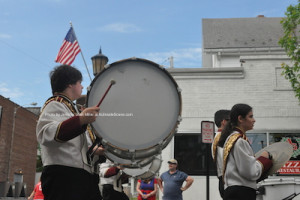 The marching band passes by under the blue sky. Photo by Jennifer Jean Miller.

The Poppy Queen was another attendee at this parade. The poppy has been a symbol of remembrance since 1921 to honor members of the military who passed away while in the line of duty. The tradition of the poppies has emerged from the famous poem “In Flanders Fields,” which hails from World War I. The author of this poem was John McCrae, a Canadian soldier and doctor, who witnessed the growth of graves in Belgium’s Flanders in the poppy fields. 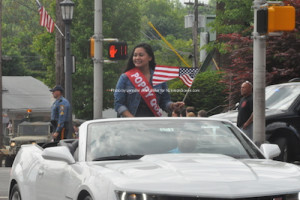 The 200 Club of Sussex County also had a presence at the parade with its trailer.

A young parade participant waves from a DeLorean. Photo by Jennifer Jean Miller. 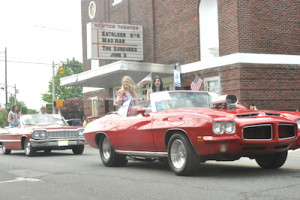 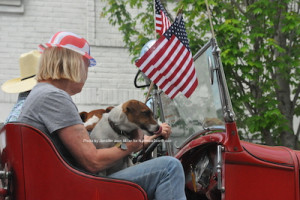 Reenactors dressed in Colonial gear delighted the spectators, stopping every once in a while to fire off their rifles, which resonated with powerful “booms.” 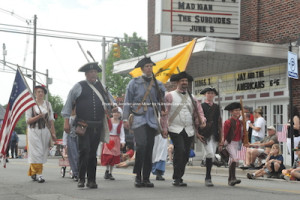 Colonial reenactors in the parade. Photo by Jennifer Jean Miller. 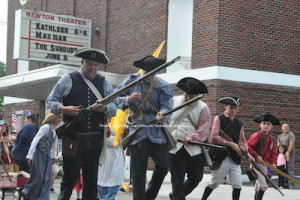 Christ Community Church’s band played atop a float as it made its way through the crowd. The church’s Celebrate Recovery group passed out cold bottles of water to spectators as they came by on a float. 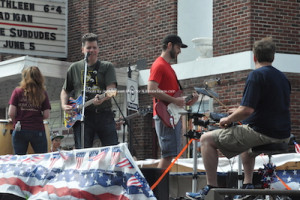 The Newton Fire Department and Newton First Aid Squad also made a showing at the festivities, driving the department’s Mack, with the vintage engine’s splendor shining glinting under the sun. Andover Borough, Andover Township and Fredon Fire Departments additionally were a part of the parade. 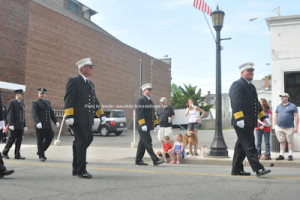 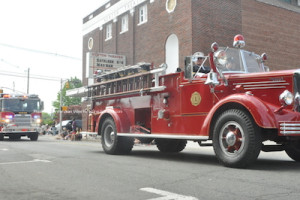 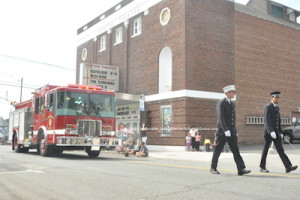 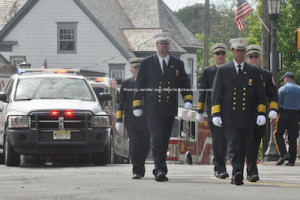 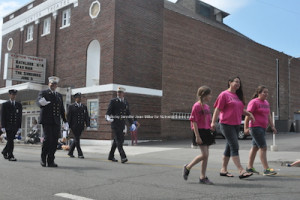 At the conclusion of the parade, the spectators were invited to a ceremony honoring the fallen at Memory Park.