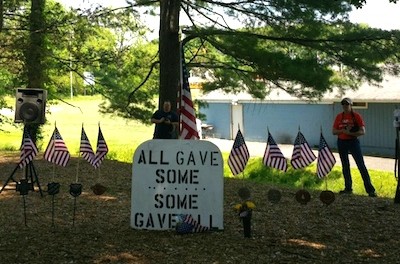 "All gave some and some gave all." Photo by Debra Jane Ramirez.

“It’s been 70 years since WWII and 40 years since Vietnam ended. “ John Durkot reminded us. It was the 61st annual Memorial Day Parade for Sparta Township NJ hosted and set up by Durkot from the Sparta VFW Post 7248. 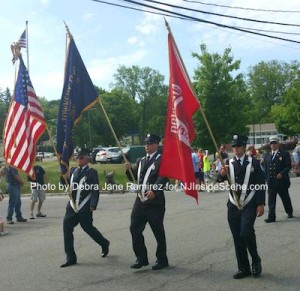 The Sparta Fire Department in the parade. Photo by Debra Jane Ramirez.

Durkot additionally announced his retirement at the end of the service. 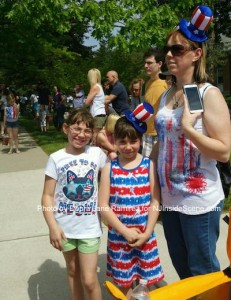 A family from Hopatcong enjoys the parade. Photo by Debra Jane Ramirez. 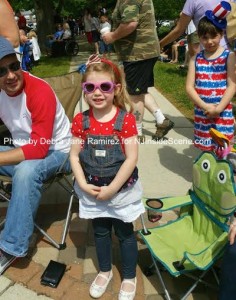 A young parade spectator stops with a smile for the camera as she enjoys the parade. Photo by Debra Jane Ramirez.

Mayor Jerry Murphy a veteran from the Vietnam War dressed in uniform was on hand and stood next to Sparta Chief of Police Ernie Reigstad, along with several officers as they saluted the veterans, Boy Scouts and Blue Knights in cars, motorcycles and on foot as they marched on, in a touching memorial to all that served. Murphy flew over 600 missions and received 30 medals of honor, one purple heart one bronze medal and a cross. 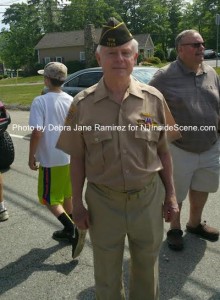 After the Sparta Township High School band played and added such pageantry to the parade, the memorial service took place. One woman in the audience was crying for all those lost in war, commenting that Memorial Day is truly a celebration and remembrance of all that gave their lives and those who served for our freedom.

“I served in the US Navy Pacific Fleet Destroyers Escort also known as DE during World War II,” he said, sharing one anecdote. “My captain never received the paper that had come in via teletype. Their ship went right into a typhoon.” 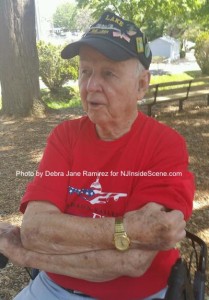 He continued, “We had been sweeping for landmines off the coast of Korea Frank recalls and all of the sudden the ship was at 61 degrees and almost capsized. I remember all the men were underdeck and the only ones on deck was our Captain first mate and another crew member. The typhoon was later named Hayley’s Typhoon.”

Back in those days, added his wife of 18 years Eileen Mooney, the ships were made top heavy. 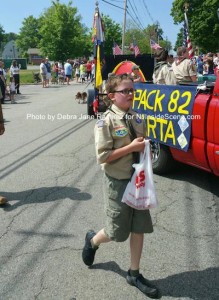 “Through the grace of God a wave came and the ship was upright once again,” Frank Mooney said. I will never forget that one man in our crew was thrown from our ship and landed right onto another ship. Our assignment was for two years and I have lived through many typhoons. The scariest part I recall during these typhoons was steadying the ship enough, which was near impossible because the torpedoes underneath could launch and go through the ship and kill us all.” 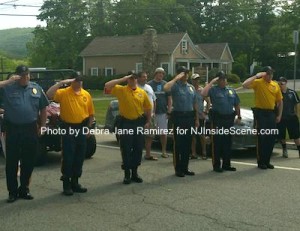 Colfax was dressed in his marine uniform, as he was commander in chief and the first crew deployed to Iraq in 2003 after the bombing in 2001.

“I remember being in charge of my marines, being the first crew deployed to Iraq and being grateful that every one of my crew members returned home safely,” Colfax said. “Male and Female I didn’t look at them as Men or Women…they were Marines.” 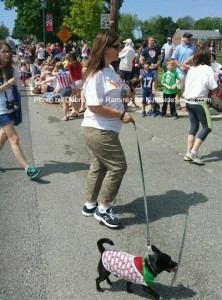 After the Memorial Commenced the 33rd infantry stood in command as “Taps” was played by one of their members. They fired off three shots that resonated in everyone’s chest and core, as a tribute to those who have served and those who are gone but not forgotten.