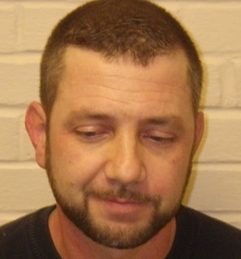 WHAT WAS TAKEN: A cell phone and a jacket

CHARGES: Possession of Stolen Property totaling around $650.00 and Resisting arrest

ANY OTHER INFORMATION: Around 02:26 on 12/18/14 Officer Gaffey from the Roxbury Police Department came to our headquarters to go to 36 Skidmore Trail to investigate a theft.  At the bar Rumors in Roxbury a male took another males jacket.  He also took a cell phone from a female.  The female victim pinged her phone and it came back to the area of 36 Skidmore Trail.  When the Officers arrived no one who lives their matched the description.  The victim went back to the bar to look at the surveillance video.  They saw the vehicle the accused left in.  That vehicle was found at 38 Skidmore Trail.  Officer Cirri, Officer Maresca and Officer Schultz could see the stolen jacket in the back seat of the car parked there.  They went to the house and spoke to Cowan who matched the picture from the surveillance video.  He stated he did own the vehicle.  He was shown the stolen jacket and said he did not know how it got there. He was then told he was under arrest.  In his pocket was the stolen cell phone. As Officer Cirri was trying to handcuff Cowan he pushed him away. He stated that he was not going to be arrested. Cowan continued to struggle to get away. Through compliance holds, the officers were able to handcuff Cowan.  He would not walk to the patrol car  A set of car keys were still in his hand.  He would not give them up to Officer Cirri. After more of a stuggle the officer got the keys out of Cowan’s hand.  Cowan was told to get into the patrol car but said “NO!”  He was picked up by the officers and put in the car.  At the station Cowan would give any information for the arrest report.  He was charged and given over to Roxbury Police Department so they could charge him.