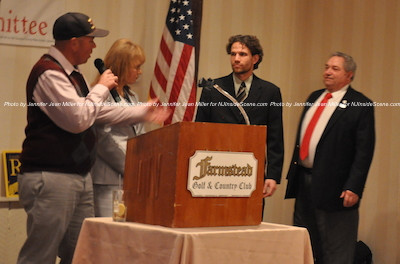 SUSSEX COUNTY – After an arduous battle during the primary in June, and between Democratic and Republican candidates especially over the last several months, incumbent Assemblyman Parker Space (R-24) and running mate, Sussex County Republican Freeholder Gail Phoebus, took the seats for Legislative District 24.

“We totally appreciate your support,” Space addressed the crowd at the Farmstead Golf & Country Club on Tuesday night, Nov. 3.

He thanked Phoebus and especially his wife, Jill, and also former assemblywoman Alison Littell McHose (R-24), who had officially stepped down last month after serving as both assemblywoman and Franklin Borough Administrator since Jan. 1.

“It’s humbling for me to be next to all of you,” Phoebus said. “It’s been a long haul and I’ll work extremely hard for all of you.”

Phoebus as well thanked her husband, children and grandchildren.

She thanked McHose and Senator Steve Oroho (R-24) who was unable to attend the event last night due to a death in his family.

Jonathan Rose, who had been Sussex Borough’s Mayor, thanked the crowd too, his supporters, and his running mate, Carl Lazzaro.

“I hope Sussex Borough is better from me having served as mayor,” he commented, expressing how he looked forward to serving as freeholder.

Carl Lazzaro, Fredon Township’s Mayor, described his departure from Fredon as “bittersweet.” He said that he and Rose ran a clean campaign, for which each of them was proud.

“Jonathan and I will be ready to hit the ground running,” he assured the group.

Throughout the evening, the numbers showed both Space and Phoebus, as well as Rose and Lazzaro in the lead. Early on in the reporting process, in Sussex County, Space carried 10,838 votes and Phoebus 10,230 versus their Democrat opponents Jacqueline Stapel with 4,210 and Michael Grace 4,209. Green Party Candidate Kenneth Collins carried 1,412 of the votes. The unofficial results on the Sussex County Clerk’s website show Space took 13,756 votes with Phoebus at 13,046. Stapel had 5,451 and Grace 5,411. Collins ended with 1,802.

The “unofficial” tally remains on the Sussex County Clerk’s site until the full results are entered. That is within approximately two weeks after election when all of the absentee ballots are tallied. Click here for the full results.

Overall, according to the Associated Press tally posted on NJ.com, the results for Sussex and Warren Counties, plus Mount Olive Township for Legislative District 24 were:

Out of 98,235 registered voters in the county within 119 of its precincts, only 21,216 ballots were cast, with 21.6 percent of the voters exercising their voices. There were 1,449 mail-in and military ballots received. 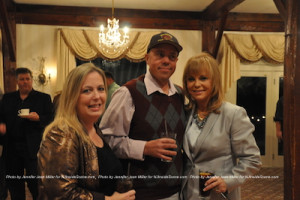 There were upsets in several local races, most notably Vernon Township’s Mayoral Race. Incumbent Victor Marotta’s numbers were reporting behind from the start last night as the precincts figures came in, carrying 1,629 votes to challenger Harry J. Shortway’s 1,865. The day ended with Marotta’s 2,026 votes, Shortway with 2,363 and R. Gary Martinsen with 371 votes. The race between Marotta and Shortway reflected that Marotta held 42.45 percent of the votes to Shortway’s, 49.51.

Very early yesterday morning, Marotta posted a message to his followers on Facebook, including the following statement:

‘I have endeavored everyday to serve Vernon to the best of my ability and I am proud of what we have accomplished by working together,” he wrote. “Whatever Vernon voters decide today is fine with me. You see, I truly believe in the ballot box and not only the right, but the responsibility each of us has to vote. So first, and foremost, I humbly, but strongly, urge you to make that extra effort today to include a visit to the polls so that your voice is heard. Naturally, I hope that you will cast your vote for me, but for those voters who can’t bring themselves to do that, please consider voting for Gary Martensen (sic). He at least had the character and courage to face me in a debate and tell the people of Vernon what he saw as problems and what he would do if elected. Can’t say the same for the totally scripted campaign of the other candidate. Today is the day Vernon will decide what path we will follow for the next four years, as a wise leader use to say…’if it ain’t broke, don’t fix it.’” 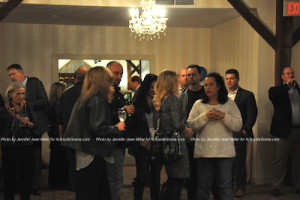 Attendees at the Farmstead await the results. Photo by Jennifer Jean Miller.

Michael Lensak, who had served as Committeeman in Andover Township, including Mayor and Deputy Mayor over the last six years, was another one who was unable to sway the vote. Lensak had lost in the primary to Ellsworth E. Bensley, Jr. (Ben Bensley) and Janis McGovern, and ran on the ballot as a write-in. McGovern took the lead with 702 votes and Bensley with 630 (45.38 to 40.72 percent). The write-in ballot did not reflect the breakdown for Lensak, but showed 215, or 13.90 percent of the votes.

Lensak offered congratulations on Facebook to both Bensley and McGovern.

“I wish them both well and will give my full support to the transition,” he wrote.

“We knew it was going to be an uphill battle, but that has never deterred me from taking on a fight,” Lensak continued. “in fact, they have been some of the sweetest ‘wins’ in my life. Never shy away from unsurmountable (sic) odds. Fight the good fight and when it is over, win or lose, move on in life.”

He thanked the residents for the honor to serve in Andover Township, and those who had been behind him 100 percent. He thanked the township employees, and said that he prayed for the town, county, state and nation’s future. 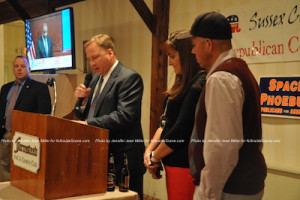 Other races and points of interest:

Nicholas Giordano carried the vote on the Republican ticket with 376 votes (58.84 percent) to Democrat Patricia N. Rowett with 236 votes (36.93 percent). On the council, there were no Democrat opponents and Gilbert J. Snyder and Michael Rathbun received 526 and 515 votes respectively.

Hopatcong Borough Board of Education:

Sparta Township Board of Education:

Rosemarie Maio, incumbent mayor carried the vote with 381 (78.07 percent) versus Najib Iftikhar’s 93 (19.06). Iftikhar was also running for the Stanhope Borough Board of Education for the one of the two two-year board seats, and he and Mattia Scharstein took them (392 and 314 votes respectively). However, for the three candidates for three-year seats, only two could take the seats. Gilbert Moscatello ended up with 323 votes at 37.78 percent and F. Frank Shay at 30.88 percent or 264 of the vote. Regina Thomas ended with 247 or a 29.12 percent vote.

Vernon Township Board of Education: 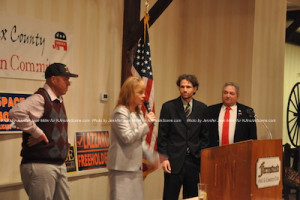