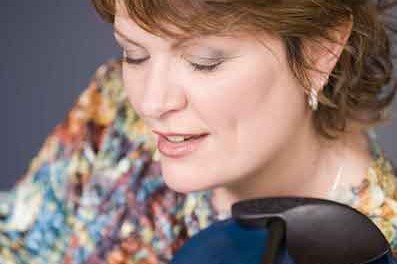 NEWTON, NJ  – Legendary fiddler Eileen Ivers’ new show takes the audience on a musical journey exploring the rich roots of American music. Ivers will bring this show to The Newton Theatre on Friday, March 25, 2016 at 8:00 pm. Tickets will go on sale to the general public on Friday, January 15th at 10:00 am.

Connecting the Roots highlights music from Ivers’ new album ‘Beyond the Bog Road’, and tells of the passage of the Irish immigrant, the story of their impact on America and America’s impact on them. The concert showcases how Irish music and dance have integrated with various roots music of North America to create one of the richest cross-pollinations of folk music styles in the world. It brings to light the influences of the Celtic tradition on roots music …bluegrass, French Canadian, Cajun and Appalachian… and how it journeyed on to become a fundamental ingredient of the American country music tradition.

Eileen Ivers has established herself as the pre-eminent exponent of the Irish fiddle in the world today. Ivers is a Grammy winner and Emmy nominee, was an original musical star of Riverdance, a founding member of Cherish the Ladies, and is a nine time All-Ireland Fiddle Champion. She has guest-starred with over 40 orchestras, and performed with the London Symphony Orchestra, Boston Pops, Sting, Hall and Oates, The Chieftains, Al Di Meola, and Steve Gadd.  She has performed for Presidents and Royalty worldwide.

Ivers is firmly rooted in traditional Irish music, but she is also celebrated as a musical pioneer with The New York Times calling her “the Jimi Hendrix of the violin” and The Irish Times says “She electrifies the crowd with a dazzling show of virtuoso playing”.

It is a rare and select grade of spectacular artists whose work is so boldly imaginative and clearly virtuosic that it alters the medium. It has been said that the task of respectfully exploring the traditions and progression of the Celtic fiddle is quite literally on Eileen Ivers’ shoulders.

Ivers’ recording credits include over 80 contemporary and traditional albums and numerous movie scores. Eileen is hailed as one of the great innovators and pioneers in the Celtic and World music genres.