Attendees cruised down the canal in kayaks, courtesy of Ramsey Outdoor, while others strolled alongside, or took wagon rides. Photo by Jennifer Jean Miller.

WHARTON, NJ – The Canal Day Festival continues to grow annually, and this year’s was no exception.

Canal Day is held annually at the Morris Canal Lock Two East restored and preserved stretch in Hugh Force Canal Park. This stretch of the idyllic canal is typically enjoyed with those who might like to walk, jog, and take in the natural attributes. On Saturday, attendees were able to do just that, and also take in free kayak and narrated boat rides, wagon rides, and so much more. 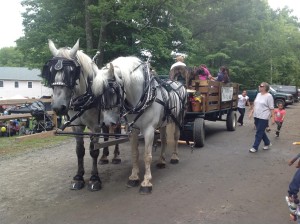 A horse drawn carriage takes visitors alongside of the canal. Photo by Jennifer Jean Miller.

The park was packed with vendors on Saturday, August 23, with a bevy of items for sale like sparkling stained glass good from The Stained Glass Garden, as well as food goods, ranging from sausage and pepper sandwiches to barbecue to gyros to an bottomless cup of soda from Soda City, a stand that with a purchase of a silver-colored mug, a person could refill throughout the day. 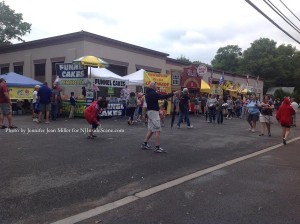 Food and beverage vendors lined up during the festival. Photo by Jennifer Jean Miller. 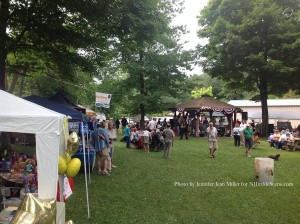 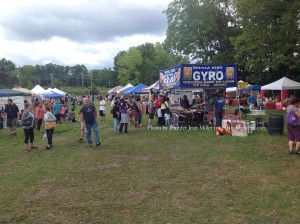 Food vendors and other businesses were situated at the large field during the festival. Photo by Jennifer Jean Miller.

Other vendors and organizations were there, sharing with members of the public information about their businesses and organizations. The Wharton Library offered a basket for giveaway, filled with books. Dr. Gloria Patino and staff from The Attentive Dentist LLC was one, and was handing out bags to passerbys. Joshu David Castro the head instructor at Tiger Schulmann’s Mixed Martial Arts had free martial arts class cards for kids in attendance, representatives from the Wharton PTO offered free bottles of water, Innovative Insurance Group was by the gazebo with giveaways, New York Life agents including Carol Maria Cho had games and giveaways at their booth, Mary Kay Independent Beauty Consultants and Sales Director Meaghan Lockart Lerner hosted a drawing at their booth, and Masha Duda the Senior Community Manager at Avalon Wharton offered information about the luxurious new apartment complex. Actors from The Haunted Scarehouse and the house’s marketing director, Jeff Perosi were on hand to pose for photos and answer questions about the Halloween attraction in Wharton.

Dr. Gloria Patino (center) with the staff of The Attentive Dentist, LLC, visited with attendees and passed out gift bags. Photo by Jennifer Jean Miller. 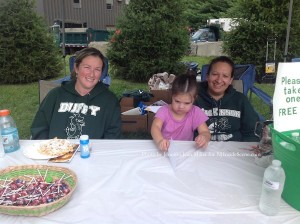 Stephanie Garza and Christine Wans of the Wharton Borough PTA passed out water to those at the festival. Photo by Jennifer Jean Miller. 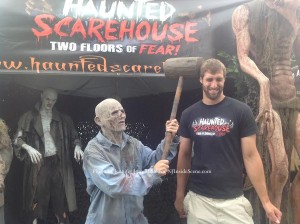 Jeff Perosi (left) gets a knock on the head from one of the actors with The Haunted Scarehouse. Photo by Jennifer Jean Miller.

Animals were one of the highlights for many, from pony rides to Wallaby Tales Traveling Zoo, to the Morris County Sheriff’s Office K-9 demonstration, to posing with a New Jersey Search & Rescue Dog. Rides atop an elephant named Tiny was something attendees could participate in for a fee. Wolf Visions also brought along one of their beautiful wolves, who basked in the sun, and greeted people enthusiastically with paws atop their shoulders. Even four-legged friends who walked around were able to have treats, as one of the vendors, Me & My Dog Pet Bakery, had doggie delectables for sale. 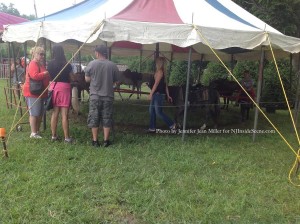 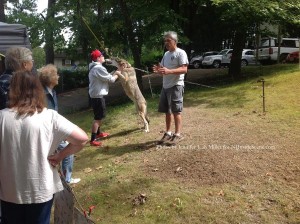 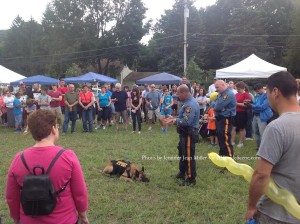 A K-9 Dog lays obediently per the command of one of the Morris County Sheriff’s Officers. Photo by Jennifer Jean Miller. 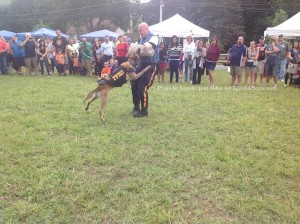 A K-9 dog jumps up on command and lunges at the special arm guard used during training exercises. Photo by Jennifer Jean Miller. 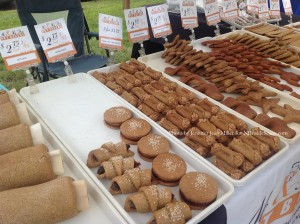 Pet treats at the Me & My Dog Pet Bakery were for sale, and something pets at the festival could enjoy, or their owners could take home. Photo by Jennifer Jean Miller. 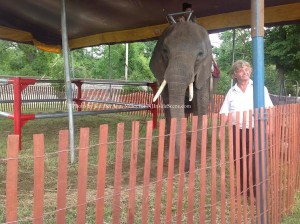 The “Rock the Canal” Music Festival is another spectacular that was originally at the gazebo, but has now grown to the railroad trestle stage, with two shows at the same time. Bands included: Kenny Young Band, Nikki Briar, John Rango of Eco Fission & Friends, Son of Dov, double-breasted, Shoes Down, The Wag, Bon Temps Brass Band, Tom Kildea, Windsor Circle, and Traditional and Contemporary Irish Music with Ed Saultz & Terry Hartsell. 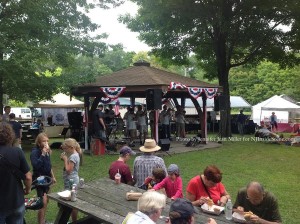 Attendees enjoy food at the picnic tables while listening to the Bon Temps Brass Band. Photo by Jennifer Jean Miller. 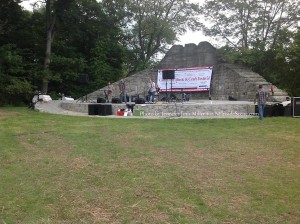 The Kenny Young Band performs at the train trestle stage on the large field. Photo by Jennifer Jean Miller.

The Morris Canal’s Lock 2 East was one of the locks and inclined planes that contributed to this marvel-engineering feat, which was the world’s highest climbing canal during its heyday, with elevation changes taller than the Empire State Building. The canal was built beginning in 1825 and was abandoned in 1924, to give way to faster modes of transportation. The Borough of Wharton purchased the lock site and properties in 1926 from the State of New Jersey, and began restoration in 1976 of the canal prism area. This section of the Morris Canal is one of the few left that has remained preserved, and is similarly intact to how the canal was in its golden age.