The entrance to Newton Medical Center, aglow with lights.

McCracken was then a trustee, and hoped to brighten the stay of those at the hospital during the holiday season. He accomplished so by filling the hospital’s driveway and main entrance with a display of white lights.

The custom has grown into a popular annual fundraising event, in which the lights are gracefully draped and sparkling on the Douglas Fir, Scotch Pine, and Norway Spruce trees of the medical center’s south driveway. There are other lights throughout the campus on wreaths, and strung light displays around the medical center’s main entrance. Those who would like to honor the memories of their loved ones sponsor the illumination.

After the trees are officially lit, there is annually a further light show at the event conclusion, in the form of a massive fireworks display.

Trees aglow through the holidays at the Newton Medical Center.

The event has become so popular regionally, attendees park in neighboring parking lots and are shuttled to the medical center by bus. Traffic along both sides of Route 94 slows to a crawl during the time of the happening, as those who annually attend the special event wait from north and southbound sides of the roadway for parking.

This year’s event was dedicated in memory of Diane Brennan, who played an extraordinarily active role with the Newton Medical Center Foundation and event for many years, and who had been a close friend of McCracken’s. Brennan passed away in June 2013, from what has been described as a “long and courageous battle with Lymphoma.”

Megan Sandow, the medical center’s development officer, who worked with Brennan during past Festival of Light events, said, “This event has been the source of wonderful memories for so many over the years. It is truly fitting that we honor Diane, who helped make this event, and those memories, a reality.”

The festivities kicked off at 4:30 p.m., in the Children’s Tent, where children waited excitedly for their chance to have custom made balloon sculptures, and partake in other activities, with spin art and face painting among them. Kids of all ages (including the grown ups) mingled under the tent and around the grounds, as they sipped on cups of hot cocoa and apple cider, and snacked on cookies and freshly popped popcorn. 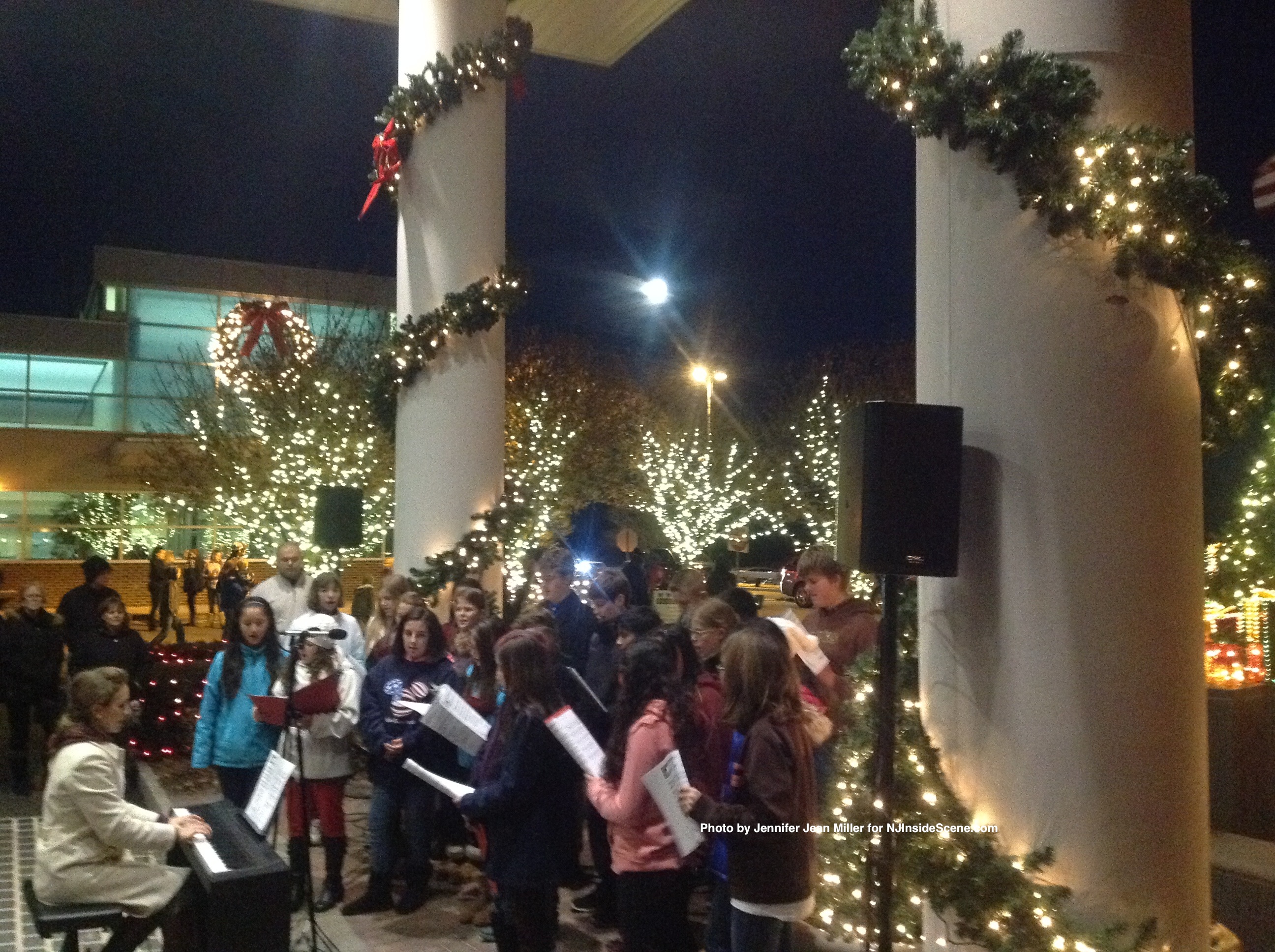 Rudolph the Red-Nosed Reindeer and Frosty the Snowman presided over the event as well, and were on hand for photo-ops, and to dole back hugs to the children who excitedly greeted them. Old Saint Nick also made a showing, and was stationed in a chair where he posed for pictures and had children sit on his lap with their special holiday requests. The line to wait for Santa stretched and crowded throughout the Children’s Tent.

Before the lighting of the trees and fireworks display was a reception, which included refreshments and music, beginning at 5:30 p.m. Three local choirs treated the attendees to song, from the Pope John Choir, as well as two choirs from Newton — Newton High School and Halsted Middle School.

The weather for yesterday’s event was ideal –- the temperatures climbed to about 60 degrees during the daytime and remained comfortable as the sun set on the Newton Medical Center campus. In turn, the blue skies dimmed and the full moon rose into the clear skies, illuminating the festivities alongside of the lights.

Click on our video at the top of this story for event highlights.

Follow NJ Inside Scene on Facebook throughout the holiday season, and the entire year through, for the “inside scene,” in Northwest New Jersey!