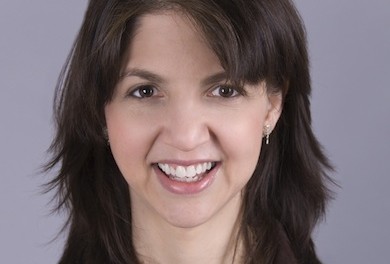 NEWTON, NJ  – The Big Apple Comedy Club brings its next installment to The Newton Theatre on Friday, November 20th at 8:00 pm. Four hilariously funny New York City comedians, Karen Bergreen, Matt Burke, Kevin Brennan and John Joseph, will take over the Newton stage.
Two huge benefits came with Karen Bergreen‘s decision to leave behind a budding career as a corporate lawyer … one less lawyer and one more fine comedienne. A rising star on the New York comedy scene, Karen is quickly becoming recognized for her quirky persona and sharp intellect. In a relatively short time, Karen has earned invitations to perform at the U.S. Comedy Arts Festival in Aspen Colorado, The Friars Club in New York City and The Kennedy Center in Washington D.C. Karen has also performed on television on Comedy Central’s Premium Blend and New Joke City with Robert Klein. As an actress, Karen has been seen in commercials, independent films and NBC’s Law & Order.
Fourteen years after beginning stand-up, Matt Burke has secured a position as one of the most promising comedians of his generatlon. An acidic, original wit, Burke’s revelry in the unpleasant side of life, and the precision with which he attacks his targets, unfailingly grabs the audience’s attention. From there, he keeps it and guides them through the light and dark places of the unique world in which he lives. Hip, cynical, and dripping with sarcasm, Burke’s ability to draw even the most prudish crowds into his web is uncanny. Matt’s unique approach has not gone unnoticed. He has been seen on numerous television shows including The Showtime Comedy Club Network, Comedy Central’s Stand Up, Stand Up, A&E’s Comedy On The Road and, most recently, Gotham Comedy Live on AXS TV. He has also worked as a writer for the Late Show with David Letterman.
Known for his no holds barred style, Kevin Brennan is one of the top standup comedians in the country. Brennan started his comedy career in Chicago but soon relocated to New York City to pursue his dream of being on the Late Show with David Letterman. He shined on his first Letterman appearance which then led to subsequent memorable appearances on Late Night with Conan O’Brien and Last Call with Carson Daly. Kevin was voted “Best Comedian” at the 2005 Aspen Comedy Festival, which led to his own HBO Half-Hour Comedy Special. He is also a former writer/performer on Saturday Night Live. Kevin’s comedy CD entitled, I Said It, has garnered rave reviews and will keep audiences laughing for years to come.
John Joseph is without a doubt one of the hottest comics working today. Recently off his ninth tour of the US and Canada opening for Julio Iglesias, John has appeared on numerous television shows including The View, Comic Strip Live on Fox, Standup Spotlite-VH-1, Evening at The Improv, Comedy on the Road, Caroline’s Comedy Hour and Girls Night Out on Lifetime. In addition to club dates, John has also toured with such superstars as Huey Lewis and the News, Kenny Rogers, Rodney Dangerfield, The Doobie Brothers, Leann Rimes and The Righteous Brothers!
Tickets for The Big Apple Comedy Club are $20.00 and $25.00. Purchase tickets by visiting www.thenewtontheatre.com or contact the Box Office at 973-383-3700.
The historic Newton Theatre, located at 234 Spring Street in Newton, NJ, was founded in 1924. Revitalized and fully renovated, Sussex County’s premier entertainment venue reopened in 2011 as a 605 seat capacity live performing arts center. With it’s rich history and diverse programming The Newton Theatre is essential to the buoyancy of New Jersey’s Skylands region. More information about The Newton Theatre may be found by calling 973-383-3700 or by visiting its website at www.TheNewtonTheatre.com.
2035 Total Views 1 Views Today