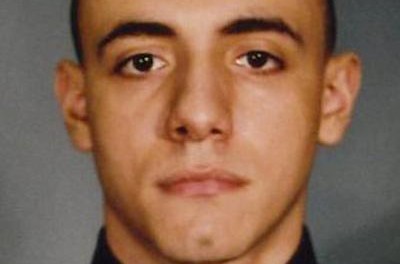 SUSSEX COUNTY, NJ – A group of Sussex County residents is in the process of collaborating to create a scholarship in memory of Jersey City Police Department Police Officer Melvin Santiago.

“The residents of Franklin had strong support and representation from the Jersey City Police Department when we were in crisis,” said Dawn Fantasia, a Franklin Borough resident who referred to the situation the Borough of Franklin endured with former Councilman David Fanale’s public attacks on police officers . “We now mourn alongside them the tragic loss of Officer Melvin Santiago.”

Fantasia reached out to a newly formed group on Facebook, “Friends of Franklin, NJ – United We Stand,” with the idea for the scholarship fund, and the idea was strongly embraced. As an educator who has worked with the North Jersey Arts & Science Charter Schools, she was moved and said that, “the story [of Santiago’s death] just broke my heart.”

Santiago was a graduate of CREATE Charter High School in Jersey City, a school no longer in operation. He was additionally a 2008 recipient of the NJ Rising Scholar Award.

Santiago became a police officer, and chose to work in the particular neighborhood in the city where he responded to the deadly call during the early hours of Sunday, July 13, because he wanted to work towards keeping his city safer in one of its roughest areas.

“He could have been one of my students,” Fantasia said.

Santiago graduated from the police academy last December and began serving in the district when on July 13 his police car was ambushed in a robbery at a Walgreens on Communipaw Avenue and John F. Kennedy Boulevard. Santiago was sitting in the passenger seat of the cruiser, when it was showered with 13 bullets. Santiago was struck in the head with a bullet and suffered from a fatal wound. He was 23 years old.

The scholarship will be established to help provide economic assistance to a qualified graduating Jersey City high school Class of 2015 senior student planning for a criminal justice degree that “exemplifies academic excellence and community service, as Officer Santiago is remembered.”

More information will be released soon about scholarship criteria.

The funeral for Santiago will be held this Friday, July 18. In conjunction with his funeral, a “Lights on for Officer Santiago,” is also being hosted by 53 Hours and Heroes Memorial Foundation,” on Facebook. Click here to learn more. Those interested in participating can simply keep their porch lights lit beginning at sundown on Friday. The lamp can also be lit with a blue bulb, representing the “Thin Blue Line,” the sign for the fallen officer symbol, and can be affixed with blue ribbons in memory of all slain police officers. Other suggestions include: flameless candles with the blue ribbon displayed in windows, and prayer circle gatherings and moments of silence in Santiago’s memory.

Santiago will receive a posthumous promotion to detective from his department on Thursday night at his wake, and will be honored with a Medal of Honor from the Jersey City Police Department.