NEWTON – Families and friends gathered on Friday night, June 13 to cheer on the contestants of the Little Miss, Little Mr. and Miss Newton Contests. The event took place in the auditorium of Project Self-Sufficiency. The event kicked off a weekend’s worth of festivities as the town earmarks its 150th birthday celebration with the Newton Day Festival on Saturday. The Firehouse 5K, fun and activities on Spring Street and later on, fireworks in Memory Park, will round out the day. The newly crowned Little Miss Newton, Little Mr. Newton and Miss Newton, will preside over the event tomorrow. Tonight, Ayden Sipley was able to enjoy celebrating as Little Miss Newton, Ryan Bollette as Little Mr. Newton and Emilie Petry as Miss Newton for 2014. 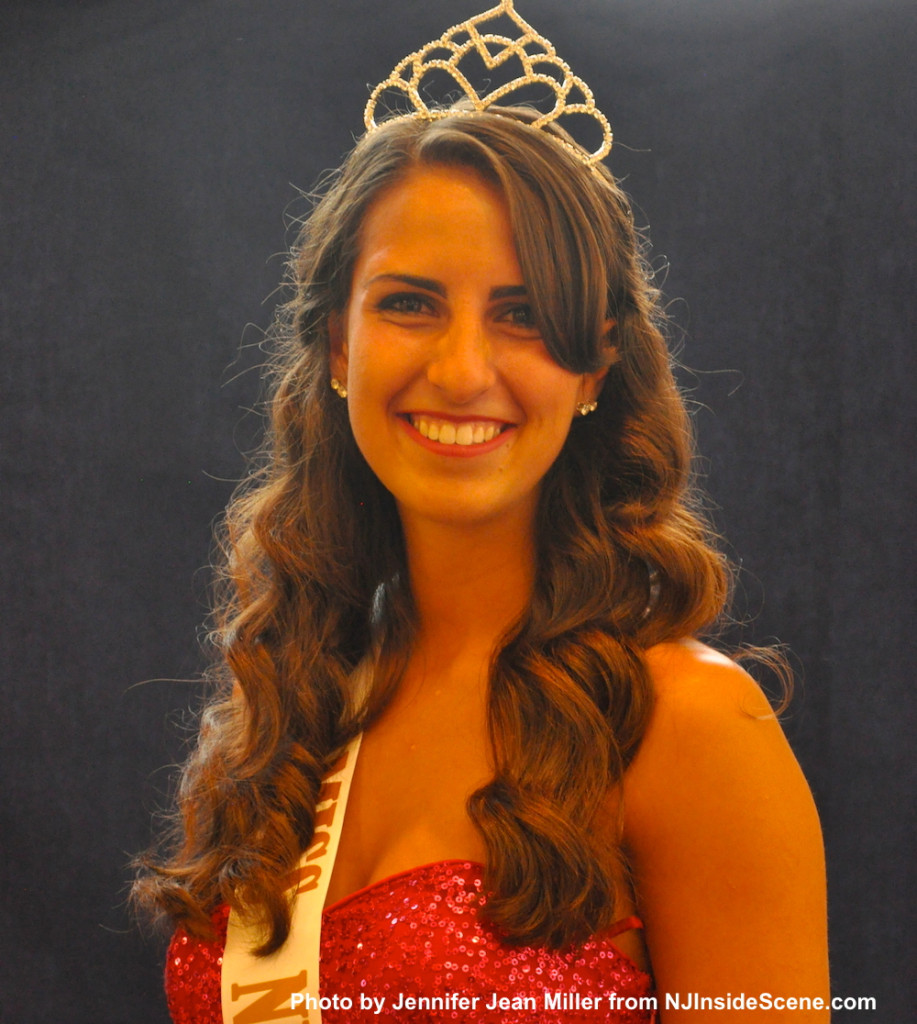 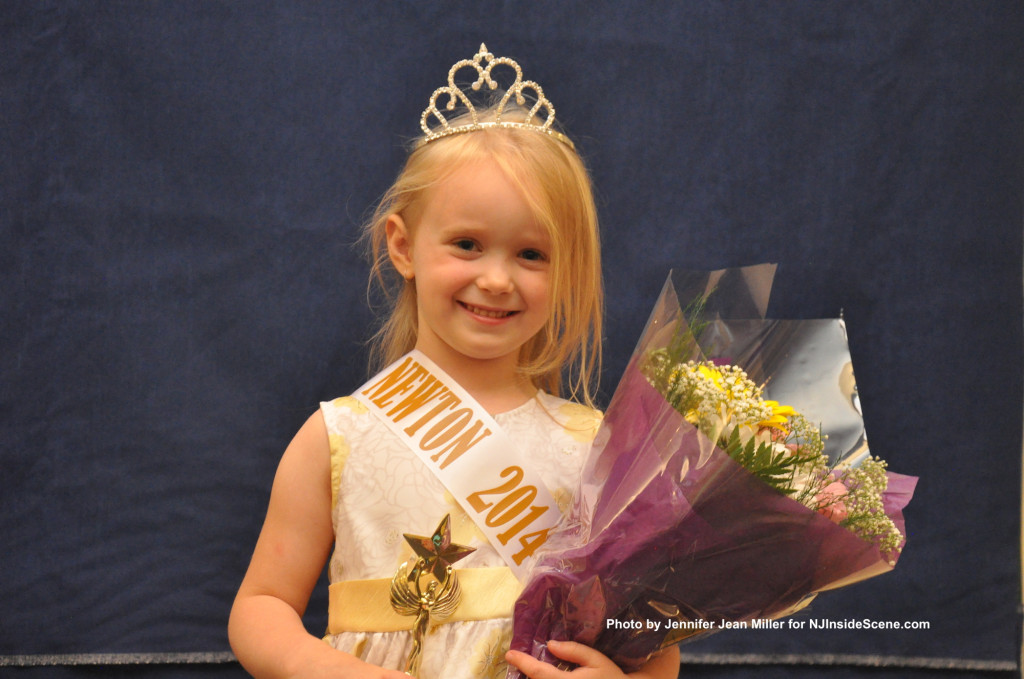 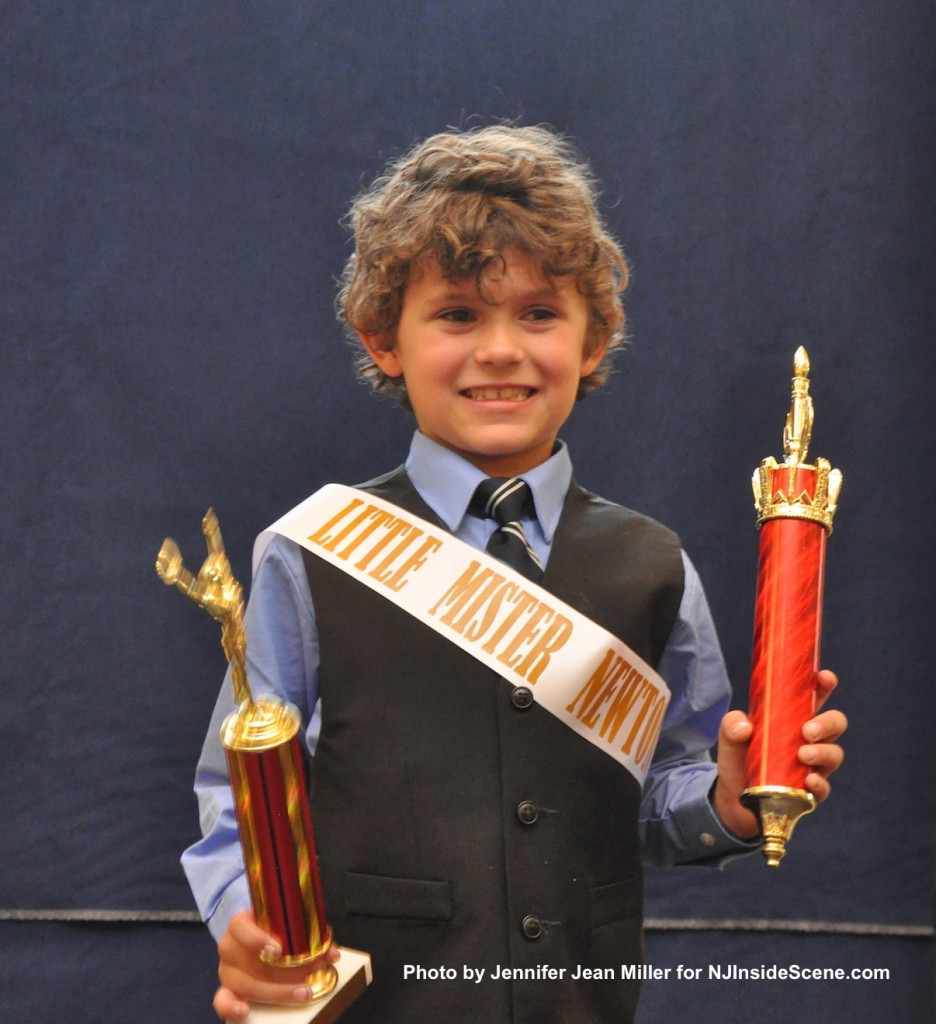 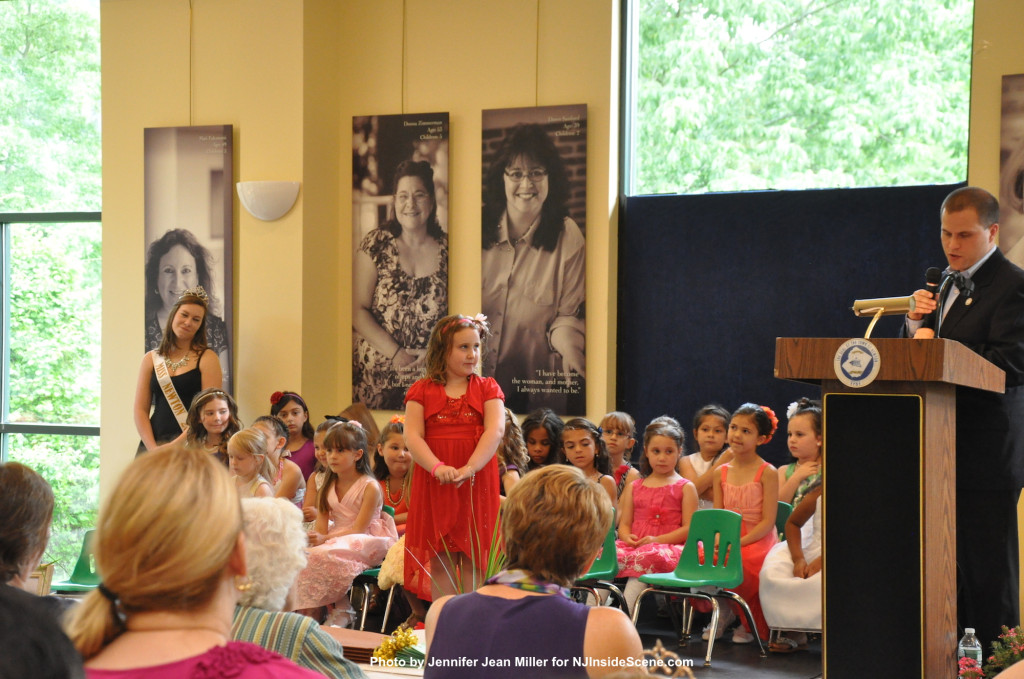 Bollette, Jack Leatham and Mason Sipley were the three candidates for Little Mr. Newton. Petry, Gina Emering and Mackenzie Kratzsch were the three running for Miss Newton, with Emering chosen as runner-up. 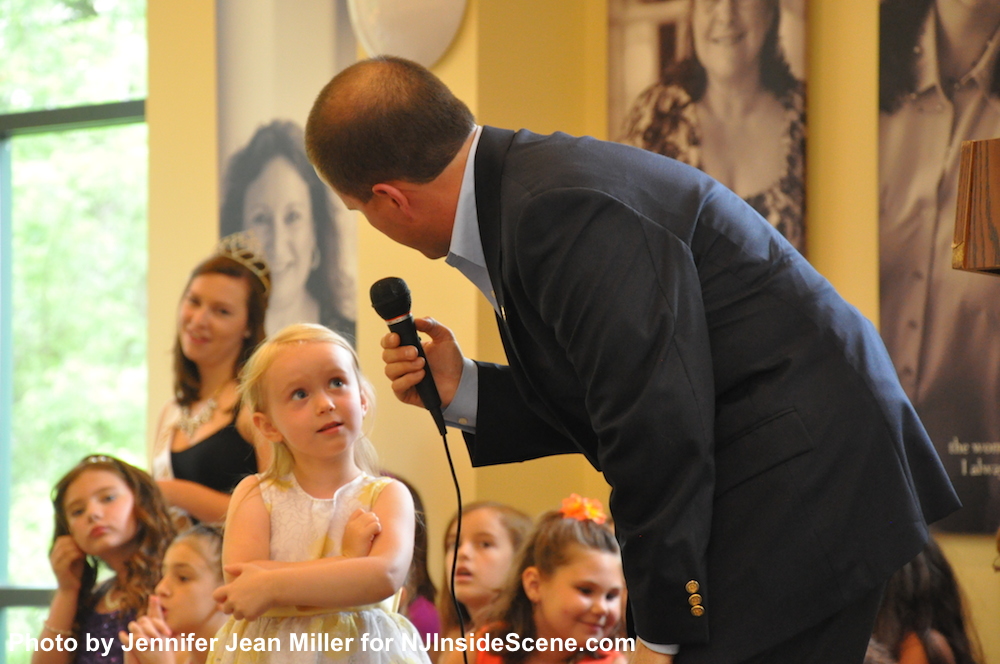 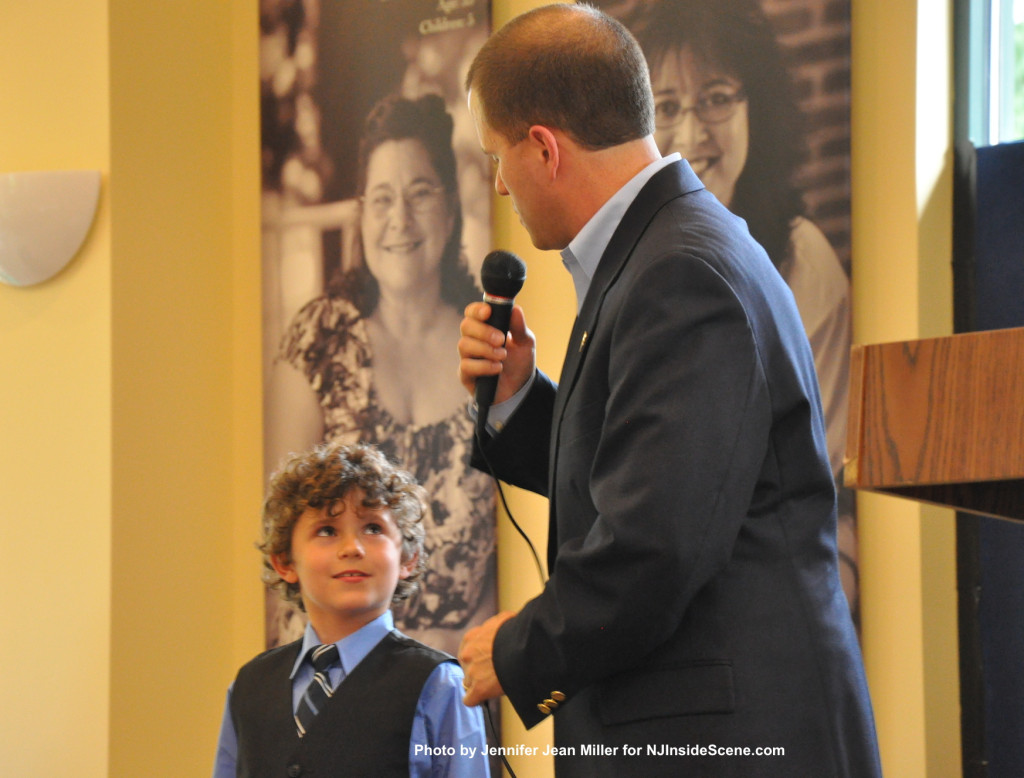 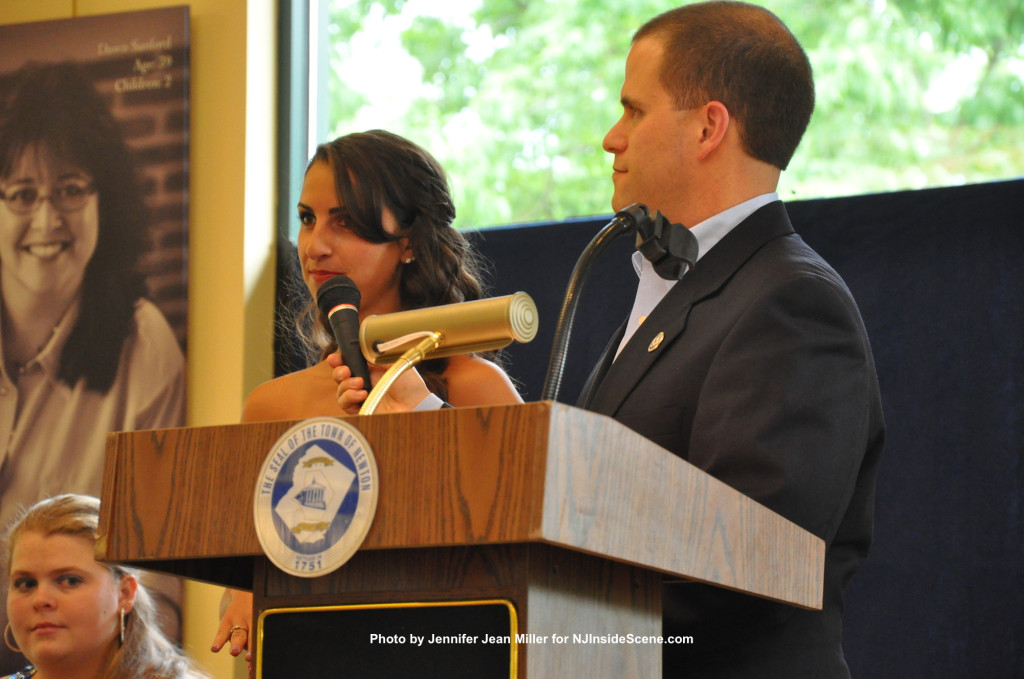 During the pageant, Thomas S. Russo, Jr., Town of Newton Town Manager, asked each contestant several questions, as part of the judging. For the Little Miss and Little Mr. Candidates, they were asked about what their favorite seasons were, who their best friends were and what they like to do when they spend time with those friends, and questions about future potential career goals. 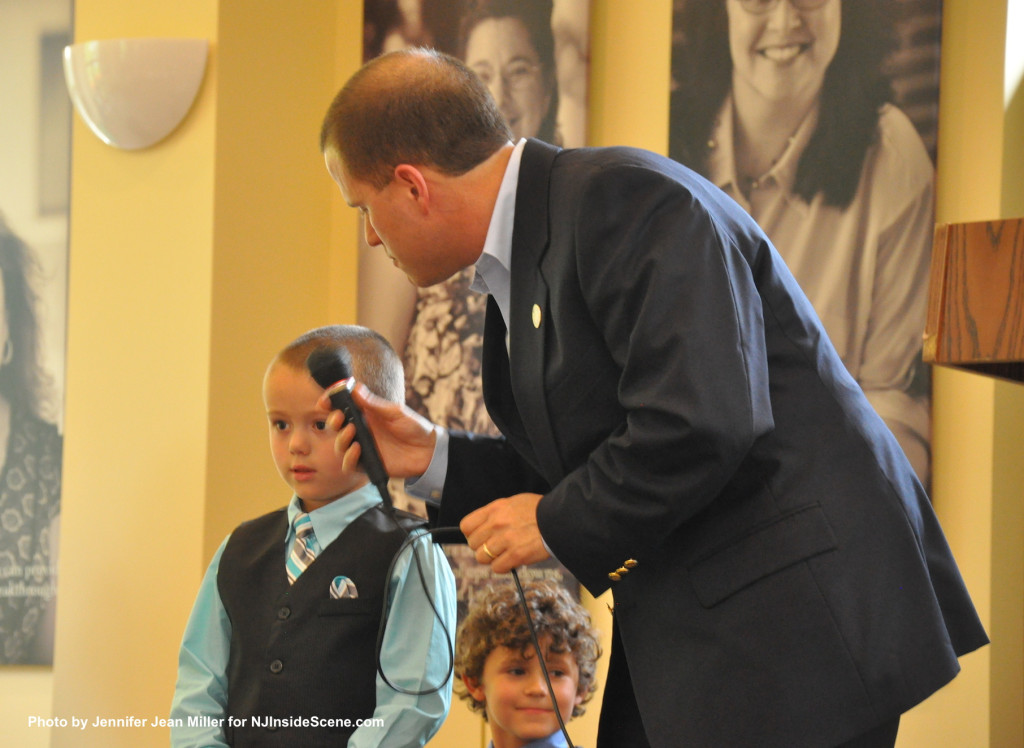 Jack Leatham, one of the contestants for Little Mr. Newton, with Thomas S. Russo, Jr. Photo by Jennifer Jean Miller. 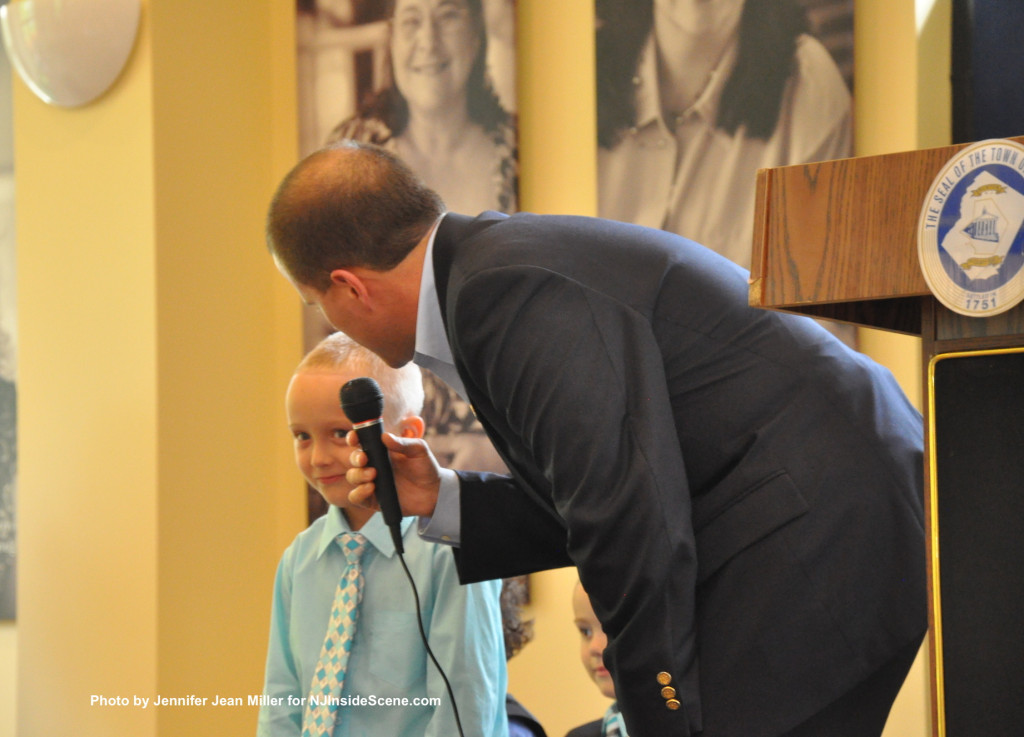 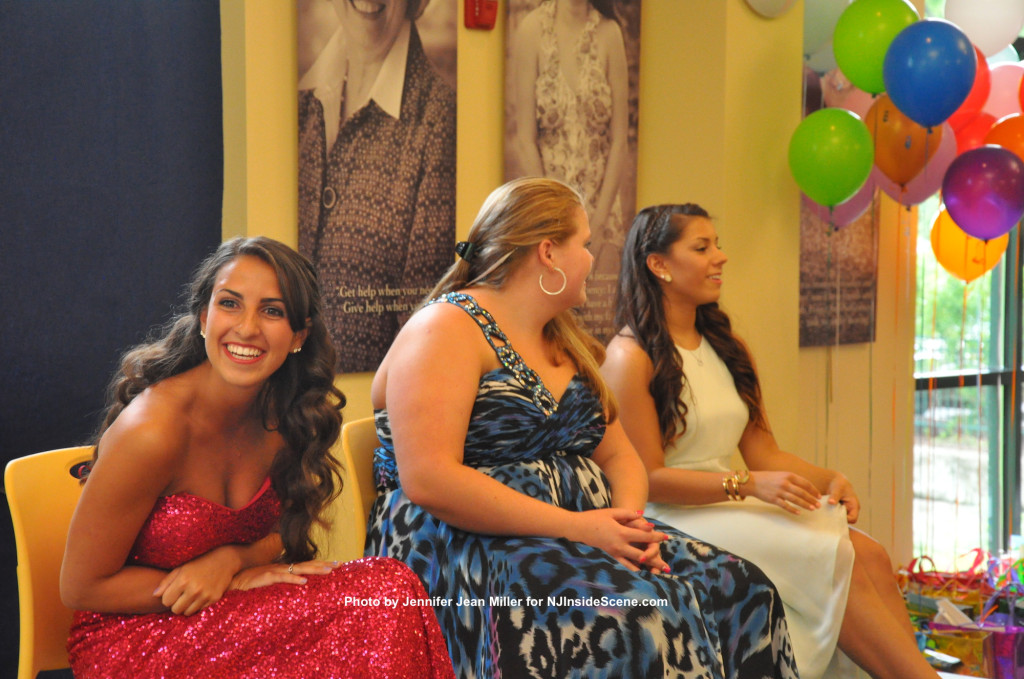 The Miss Newton questions covered what section of Newton the contestant would recommend as a tour, who the contestant considered as a person they might like to meet and why, about the prevalence of drug usage among their peers in the area and what solutions they would recommend, and lastly, how they would like others to remember them. Among her answers, Petry said she was fascinated with learning that Spring Street was named because of a natural spring that runs through the street, and can still be found in basements of some of the shops on the street. In terms of people that she said she would love to meet, one included her great-grandfather, she said, an immigrant with Jewish descent, who came to the United states and started a dry cleaning business. He had to give up some things, including the spelling of his last name, to avoid persecution for his heritage. She feels he would be proud of his descendants and the continuing legacy. In terms of peers who engage in drug usage, Petry said, “It is important to educate them how many other things there are to do.” She said that she hoped someday, she would be remembered as someone who was accepting and open to learning new things. Judges for the pageant included: Marguerite Gadel, Lida De Groat and Elaine Morrow. Ludmilla Mecaj coordinated the event as the Chair of the Miss Newton Contest and the town’s Recreation Commission’s Vice Chairwoman. Others who worked together to make the event happen were: Frank Sebastiono, Hank Smith, Rufus Coward, Mike Teets, Dawn Hankinson, Kerry Deckert (Recreation Supervisor) and Suzie Givone. Each winner received a goody bag, trophy and sash, and for the girls, each was given a crown, while Little Mr. Newton was given a special scepter. The 2013 contestants, Miss Newton Lauren Hennighan, Little Miss Newton Danielle Elise Penny and Little Mr. Newton Matthew Teets, each assisted with passing out the prizes. Additionally, the trio helped pass out gifts for each contestant.

Miss Newton 2013, Lauren Hennighan, speaks at the podium before the new winners were honored. Photo by Jennifer Jean Miller.

Sponsors were: Chic Square Boutique, Dollars-R-Us, Home Depot, Lowe’s, Newton Trophy, PNC Bank, Staples, Sussex Bank, The Fabric Tree, Thorlabs, Walgreens, Walmart, Weis Markets and Wildflowers by Tami. The committee gave extra special thanks to: Project Self-Sufficiency, Service Electric Cable TV, Kohl’s and other volunteers, Ilira-Marsena Jecaj, the Children’s Choir of Sussex County (Mecaj played piano during a portion of the event, and several children from the choir sang at the kickoff of the evening), and Samantha Givone.   Stay on the scene with NJInsideScene.com…click here to follow us on Facebook!