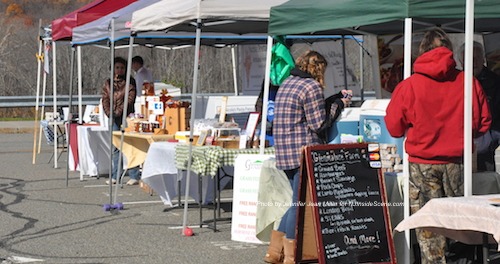 A row of vendors at the Sparta Winter Farmers' Market. Photo by Jennifer Jean Miller.

SPARTA, NJ – The Winter Farmers’ Market at Sparta kicked off its first day with a steady crowd, as it marked its first day on Saturday, Nov. 8 at the Sparta Middle School.

The market, which is produced by the Foodshed Alliance, a non-profit group that promotes sustainable and local farming, unites vendors from both the popular Sparta and Blairstown Markets, said Kendrya Close, the group’s director. 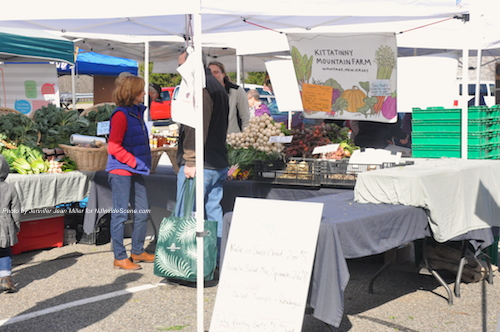 Kittatinny Mountain Farm will be a market participant for the following two weeks. Fresh Kale, Swiss Chard, Baby Roasting Beets, Spinach, Rutabaga, and other vegetables are among the offerings from this vendor. Photo by Jennifer Jean Miller.

The Sparta Farmers Market wrapped up for the season on Nov. 1 and the Blairstown Farmers’ Market on Oct. 25.

The market had been situated in previous years in the SpringBoard Shoppes in Newton.

“It’s been a nice day,” said Close, who noted the market was held outside the first day because of the sunnier weather. 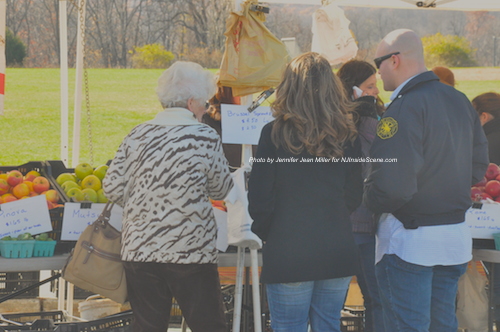 Attendees purchase fruit at the Race Farms booth at the Winter Farmers’ Market at Sparta. Photo by Jennifer Jean Miller.

Beginning next week the market will be held within the school.

“The school has a lot of space,” Close said.

In the following weeks through the remainder of the winter market, which concludes in April (it will run most Saturdays through April, and will be closed on the weekends when the school system is closed for holidays), the Winter Farmers’ Market will be indoors. Close said there would be different musicians weekly, and as the market heads indoors, the amount of craft vendors will increase. She also said that volunteers could assist shoppers to carry items from the school to their vehicles.

Close said the idea of the market at this location was embraced quickly, and especially by the Sparta Farmers’ Market crowd, which has an excellent following, including close to 3,700 Facebook Fans. Within the week of creating the Facebook Page for the market, the effort already garnered more than 1,000 likes. 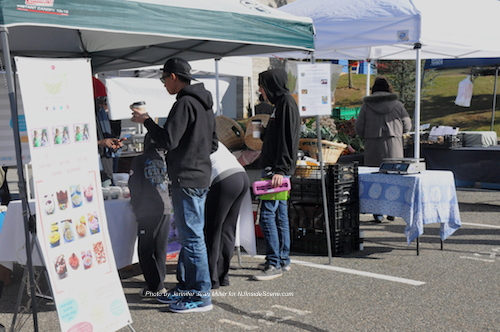 Market attendees warm up with coffee and peruse the baked goods at Mo’Pweeze Bakery. Photo by Jennifer Jean Miller.

Close suggested that attendees view the market’s website for the complete listing of vendors, and that not all of the vendors participating in the market, were there today. 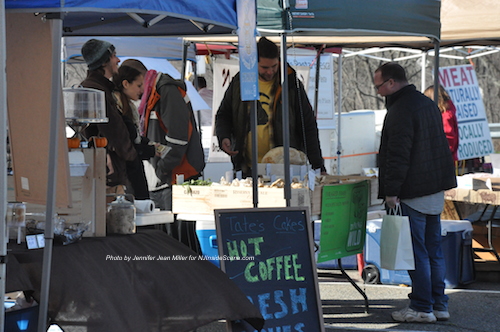 Tate’s Cakes came to the market with baked goods and crossed hot coffee off of the menu as the day dwindled down, and DiningWild LLC toted exotic mushrooms and wild greens. Photo by Jennifer Jean Miller. 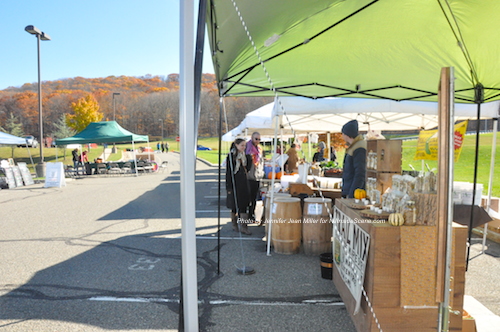 Attendees purchase fruit at the Race Farms booth at the Winter Farmers’ Market at Sparta. Photo by Jennifer Jean Miller. 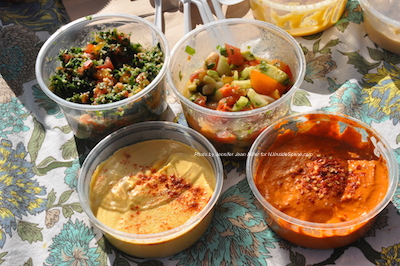 Tabouli and Avocado Salad (top, left to right) and Pumpkin Hummus and Pepper Ganouj (bottom, left to right), were some of the Hummus Boss’ items at the market. Photo by Jennifer Jean Miller.

One of the new offerings at the market was at the Hummus Boss’ booth, where James Matar introduced a new recipe, his Pumpkin Hummus, infused with pumpkin, squash, and cayenne. Avocado Salad, Tabouli, and a Pepper Ganouj with fresh red bell peppers and cayenne, were other favorites. Baklava, a sweet pastry, was also a treat at the Hummus Boss booth. 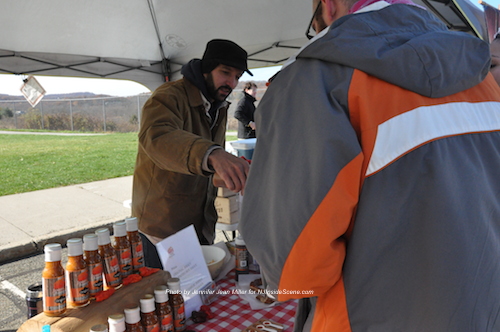 Austin D’Almeida offers samples of the Jersey Barnfire Hot Sauce to visitors at his booth. Photo by Jennifer Jean Miller.

“No other company has a black garlic hot sauce on the market,” D’Almeida explained to those who visited the Jersey Barnfire Hot Sauce booth.

Black Garlic has been picking up popularity in the United States, and is known for a less spicy and pungent taste than standard garlic, and some health professionals have lauded as having stronger antioxidant powers than regular garlic.

The Jersey Barnfire Hot Sauce has developed since its inception, and offers more stylized bottles and labeling, and is now produced in special kitchens at Rutgers.

Jersey Barnfire Hot Sauce will be featured in April 2015 as a vendor at the NYC Hot Sauce Expo in Brooklyn.

The Winter Farmers’ Market at Sparta is held at the Sparta Middle School on 350 Main Street (Route 517) most Saturdays through April from 10 a.m. to 1 p.m.