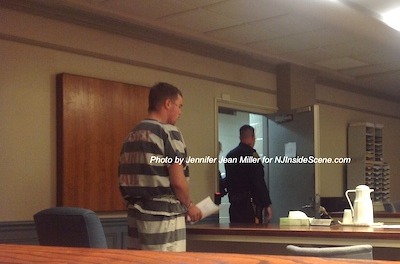 NEWTON, NJ – The Honorable Judge Thomas Critchley did not waver on the bail set for armed robbery suspect Hardwick Stires, 20, of Basking Ridge, at his bail hearing today, Dec. 5 at the Sussex County Judicial Center.

Stires has been charged for initiating four armed robberies in Morris and Sussex Counties. The first was on Dec. 1 at Roserne Liquors in Kinnelon, the second the same day at the Delta Gas Station in Wantage, the third on Dec. 2 at Plains Pharmacy in Franklin and the fourth on Dec. 3 at the Quick Chek in Hampton. At all locations, Stires brandished a firearm, which turned out to be an imitation variety. He also wore a scarf over his face, and carried a satchel. He demanded cash in currency only during the incidents.

Sussex County First Assistant Prosecutor Greg Mueller told Critchley at the hearing, “The proofs are pretty substantial,” regarding Stires’ connection to the robberies. Mueller said that video footage captured the defendant both on the scene, as well as connecting his vehicle to the crimes. Video footage of the suspect and the vehicle were distributed statewide and a Bernards Township Police Officer responded that Stires was a suspect in a string of burglaries in Somerset County.

Once apprehended, within Stires’ vehicle was a satchel in plain view that appeared to be the same one as in the robberies. The firearm was recovered at Stires’ home, as well as cash. Distinctive items of clothing featured on the suspect in the video footage were also located, Mueller said.

Witnesses also confirmed Stires’ was in the area at the time of the robberies and that Stires had made additional plans to rob a TD Bank branch in Morris County’s Harding Township on Dec. 4, and the crime was interrupted when he was apprehended.

Mueller described Stires as having had a previous limited criminal history. He said Stires was arrested as a juvenile for mischief, and as an adult, had a shoplifting charge, which was discharged at the municipal level.

Connected to the counts in the spree, which included first-degree armed robbery and possession of an imitation firearm (three counts each), third-degree theft (two counts), third-degree terroristic theft (one count) and theft in the fourth-degree (one count), Mueller said that the bail was set in the middle of the guideline range, which is between $300,000 and $750,000.

“It is sensible and appropriate to maintain this bail,” Critchley said.