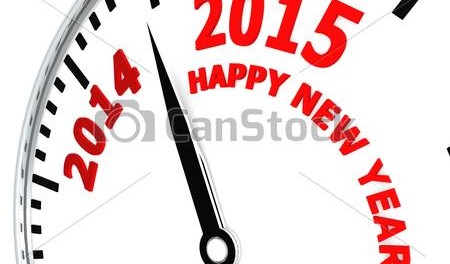 NEW JERSEY – It is a typical pilgrimage for most each New Year to strive to make resolutions and to stick with them, whether it is weight loss, better habits, or other goals to achieve.

Kevin Kruse, a contributor for Forbes magazine has reported, however, that only eight percent of Americans do actually adhere to the resolutions they set at the start of each year.

What are some suggestions then for goal success if the proverbial “make a New Year’s Resolution” is not the viable solution?

In his article, Kruse advocates the Gleicher Change Formula for one, an equation devised in the 1960s that was created to resolve organizational management and personal behavior adjustments. The equation has four elements D (Dissatisfaction) times V (Vision) multiplied by F (First Steps) need to be greater than R (Resistance). The idea is for the left side of the equation to be larger than the right: D x V x F > R. Kruse’s article suggests that most put as much weight on the resistance portion of the goal setting as the left side of the equation.

Refinery 29 further emphasized that only 46 percent of resolutions made are adhered to after the first six months of the New Year. Some of the suggestions to actually succeed and to persevere with a goal is to: a) Define the goal with a larger vision; b) “Goal-set” meaning, take action to achieve the goal, laying out in advance not only what you intend to accomplish and also the steps in how to accomplish the goal; c) Partner up with a goal partner for accountability; d) Forgive yourself if you slide (such as if you do not get out of bed early one day if getting up earlier is what you vow to do and start fresh the next day); and e) Be happy regardless of if the goal has happened since most delay joy because a goal has not happened.

Amy Cuddy, a social psychologist with the Harvard Business School told Business Insider to break down goals into smaller increments and go easy on oneself, not shaming oneself over goal-setting – otherwise, a person can automatically set themselves up for failure.

What are some of the resolutions of people considered “successful?”

Arianna Huffington – to read more for pleasure and delve into books with the childlike wonder she had in her youth.

Neil Vogel – the About.com CEO wants to learn to code and to no longer buy sneakers on eBay.

Andrew Yang – the founder of Venture for America would like to write more.

Brian Halligan – the CEO of HubSpot would like to nap and meditate more.

Megan Alexander – the Inside Edition and CBS Thursday Night Football correspondent would like to challenge herself more in the professional segment of her life, network more and engage on social media to share the experiences about her monthly goals that she sets.