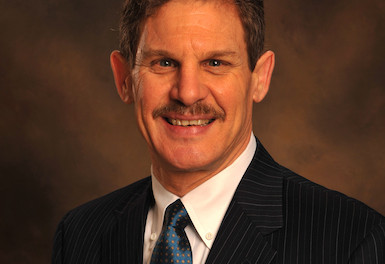 Bob states he is “honored to be selected by Patriots’ Path Council for the Distinguished Citizen Award and join the long list of involved and dedicated individuals who have been the past recipients of this prestigious award.  Sussex County has been home for my family for over 20 years and I am pleased to assist in improving the well-being of our friends, neighbors and community overall.  It was an invigorating experience to visit the Mount Allamuchy Scout Reservation and witness first-hand the development of lasting friendships, teamwork and engagement among the scouts and staff. These experiences and the appreciation for the natural environment are sure to be valuable experiences for our future leaders.”

Bob began his career at Midlantic Bank/North in 1980 advancing to Vice President and Manager of the International Department, where he was responsible for administration, credit quality and portfolio development. Subsequently, he became the Head of Loan Administration and was an active participant in numerous committees. In 1991, he joined The National Bank of Sussex County (NBSC) overseeing the administration of the Bank’s loan portfolio. He became a Director of NBSC in 1995, Executive Vice President in 1997, and President of the Bank in 1998. With the acquisition of NBSC by Lakeland Bank in June 1999, he joined the Lakeland Executive Management Team as Chief Loan Officer.

Bob is proud of the Bank’s recent designation by Forbes as one of the top 50 most trustworthy financial companies. He also takes pride in the Bank’s philanthropic efforts that last year included over $470,000 in donations and 15,000 community service hours contributed by colleagues. The Bank hosts two annual golf outings; one to support local charities and one to provide scholarships to local students.

Some of Bob’s community service includes having been Board Chair for Sussex County Community College (SCCC) from 1997 through 2008, a member of the Chamber of Commerce Executive Committee, and a Trustee of the Karen Ann Quinlan Hospice Foundation. He has received numerous recognitions including the Habitat for Humanity Builder of the Year Award, the Chamber of Commerce Quality in Living Volunteer of the Year Award, the SCARC Foundation Volunteer Award and most recently the Bergen Community College Medallion Award. Always a proponent of students in need and a community college graduate himself, Bob established a scholarship for SCCC students to help further their education.

Through the Sussex County 34th Annual Distinguished Citizen Award Dinner, funds will be raised to support the mission of the Boy Scouts of America: “…to serve others by helping to instill values in young people and in other ways to prepare them to make ethical choices over their lifetimes in achieving their full potential.” For his outstanding example to youth in his community, the Boy Scouts of America salute Bob Vandenbergh with the 34th Annual Sussex County Distinguished Citizen Award.