A screenshot of the Fox GOP Debate, courtesy of YouTube.

It’s been nearly a week since the Fox debates and the social media airwaves are still in motion with the chatter about it. However, it’s not always necessarily in the positive for Fox’s corner….which I agree.

I have attended and reported on a number of political debates in my career, from the municipal ones to the debates for candidates running for state office.

In watching replays of the primetime Fox News debate, it’s interesting to witness the bias and bumbling involved with it from a news organization that likes to tout itself as “fair and balanced.”

Fox News is far from that.

It was honestly an event that one would have expected from American Idol, with Megyn Kelly more of the Simon Cowell cutthroat type than her cohorts Chris Wallace and Bret Baier, with her dance around the ring with Donald Trump. Comparing her to Simon Cowell is not meant as a compliment but gives a nod to the unprofessionalism and mean-spiritedness she carried herself with during the event. As for Chris Wallace and Bret Baier, well…no comment. 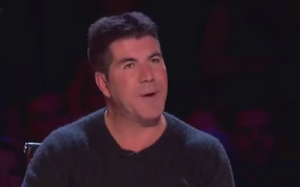 Honestly, Fox should have just dimmed the mood lighting slightly and could have replicated the Idol show set for the debate.

It was honestly more entertainment minded than a serious political debate…a detriment for the candidates…many of the questions were irrelevant to the true concerns of most of the American people (using a small segment of Facebook questions)…a shame because it shows the pulse of what some of the American public is geared up for…that is the hype of an event, rather than the substance of it. The small majority that rules prefers sensationalism and drama rather than the truth.

One might as well have brought out the Idol gang and some singers for Simon Cowell to beat up based on the caliber of the Fox debate farce.

And since Kelly’s round with Trump it is plain to see which media outlets are also unprofessional and looking to pounce on Trump with biased stories and clickbait headlines.

Starting off with a question that they knew would bring attacks as well against Donald Trump, who was the only one brazen enough to raise his hand when asked if he would run under a different ticket if he did not win the nominations, was not a fair or balanced way to kick off a debate and sparked the Republican crowd to begin with a boo for the candidate that Fox obviously likes the least. And the so-called mediators did not stop the attacks against him. Which of course, Trump is tough so their attacks didn’t seem to faze him and he handled himself with decorum. Yet these three journalists (? – using a question mark because one questions if that is what they truly are) conducted themselves very unprofessionally.

Plus, kicking off Donald Trump’s first debate question as a hostile one with her question about his Twitter account was a way to incite animosity and was not very becoming for a moderator. Some referred to Kelly as a “barracuda” for the way she attacked him. I would say a blood-seeking shark is more accurate (and I won’t stir the pot with comments about the origin of that blood).

Yet, while Kelly had no issue with attempting to attack Trump for his alleged comments on Twitter and accusing him of sexism, she caroused with Howard Stern to break bread about her body parts and her husband’s. Who can take her attack on Trump seriously, especially with this?

That portion of the conversation more in depth with Stern:

“Moderators,” which the definition of “moderator” refers to “an arbitrator or mediator” or “a person who moderates an Internet forum or online discussion,” did not define these three. They instead made themselves a part of the story and jumped into the fray, Megyn Kelly especially. What I found most disturbing about the debate is that the “moderators” were there to prod or taunt the candidates as these three did, rather than simply deliver questions to the candidates. But this trio really didn’t.

Many Americans are tired of the bill of goods from the Fox type of medias that are agenda-based and advertising driven and lots are sympathizing with Trump and other candidates like Dr. Ben Carson. And many have called Kelly out too noting that instead of a poker face it was obvious she had a personal agenda to sink Trump from the get-go based on her facial expressions and actions.

All of the debates I have attended, for example, have had the moderators ask the same questions to all of the candidates and later offer a range of questions from the audience, some targeted for a particular candidate and others . A strange view, which everyone has seemed to overlook and accept is that Fox catered questions specifically for candidates and then engaged them, pitting them against one another in certain instances. It seemed to give the “moderators” deep satisfaction to watch candidates rip into each other and likely so it could create some more content for Fox to broadcast and spin about.

And at the Fox debate not all of the candidates were given equal time and footing. It is clear that Fox News has an agenda and has favored particular candidates.

And they did have their “favorites”…their favorites to pick on that is…of course Trump for one. And again, it was Kelly who was taking the jabs at him.

And there was Dr. Ben Carson who in his own way like Trump, because he isn’t political was not given the right type of questions and instead was given insults — the Fox commentators that night appeared to consider him “beneath” the other candidates because he is not a career politician. However, Carson had plenty of enlightening things to say. There was an uneven distribution for Carson, who at first was hardly called on and then all of a sudden kept being hit with questions in an uneven flow.

When Kelly asked Carson if he would bring back water boarding as an interrogation technique if he was elected President, Carson first replied he was not sure if he would be able to talk again before he answered his question.

They did not give the candidates equal amount of airtime however. Though they gave Dr. Carson the opportunity to make one of the most insightful statements of the evening when he talked about race war, stating he told a journalist he doesn’t talk about race “because I’m a neurosurgeon. And she thought that was a strange response. And you say – I said, you see, when I take someone to the operating room, I’m actually operating on the thing that makes them who they are. The skin doesn’t make them who they are. The hair doesn’t make them who they are. And it’s time for us to move beyond that.”

But that was not Fox it was all Carson and his honorable character.

One of their favorites to avoid seemed to be New Jersey Governor Chris Christie, who was matched twice to debate against other candidates (the famous tussle with Senator Rand Paul and then against Wisconsin Governor Scott Walker). Otherwise, outside of his final remarks, Christie was given the least amount of airtime of all the candidates (approximately four times they posed questions to him and didn’t seem as interested).

Their favorites it appeared were their “darlings” like former Florida Governor Jeb Bush and Walker. However, Fox commentators attempted to use Bush as a weapon against Trump…and Bush brilliantly and gentlemanly threw them back under the bus when he denied calling Trump a “clown” or “buffoon” though he referred to Trump’s language as “divisive.”

Walker ended up speaking out about eight times, with Trump not far behind him. But the Fox team seemed more than obvious why they placed Donald Trump in the spotlight so often, which was their to attempt to knock him down.

Others who received fewer times in the spotlight than the rest were Senator Ted Cruz, Governor of Ohio John Kasich (with the debate held in Ohio itself) and former Arkansas Governor Mike Huckabee. It is obvious as well Fox didn’t want these candidates to have a platform.

Fox shot itself in the foot more than once though for the attacks against Trump during the debate. An NBC News Survey Monkey Poll leans towards Trump as the winner for the Republican heat. The ones who swayed those in the debate the most according to the survey included: Trump, Senator Marco Rubio, Cruz, Carson and Huckabee….the bulk of those who received the least airtime or the lowest quality airtime during the Fox fiasco.

Some though are vying for Carly Fiorina, who was part of the early debate and the one that most Googled that whole evening, saying she stole the show above all.

Outside of the debate’s lack of cohesiveness and objectivity, another blunder was the livestream. The feed reportedly crashed from “server issues.” With a partnership between Fox and Facebook losing the feed was fatal and demonstrated a lack of professionalism. Some could grab a view on cable TV If they had access, until Sky News came to the rescue on YouTube.

And while Sky News is an umbrella under Fox International Channels, Fox rabidly sunk its teeth into Sky with a copyright infringement claim against its sibling news outlet.

Political commentator Matt Drudge post an interesting comment in a Tweet, which is now wiped clean along with all of the other Tweets of his account, which was easily found in a cached view.

What do you think?