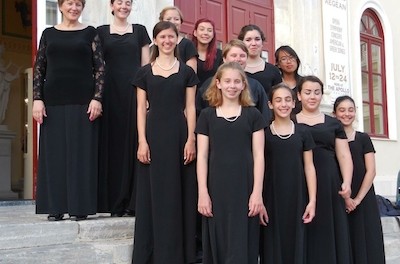 The 11th Annual International Festival of the Aegean, running from July 12 through July 24, 2015, in Syros, Greece, is presenting operatic works and choral masterpieces with major participation by U.S. choirs.  Members of U.S. choirs from Nebraska and New Jersey helped kick off the Festival on July 12, with a performance of Cherubini’s Medea, conducted by Peter Tiboris.  Medea also will be performed on July 14, 16, and 18.

Slated for 2016 are opportunities for choirs and orchestras to perform in Carnegie Hall in New York, as well as in Beijing, China, for the first time; Florence, Italy; Vienna, Austria; and Syros, Greece.

The foremost independent presenter of classical music concerts in Carnegie Hall, MidAmerica Productions was founded in 1983 by conductor Peter Tiboris. In 33 years, the company has produced nearly 1300 concerts worldwide.