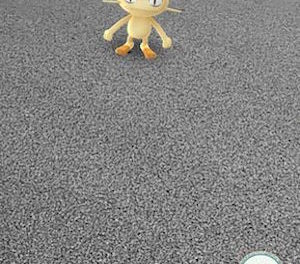 “Pokémon GO!” has swept the nation since it was released about a week ago on July 7 for iOS and Android as an app for devices with GPS and cameras.

While for my son especially, his Pokémon cards lost their novelty a while back (which my daughter asked that we hang on to), kids in the Gen Z group, and their peers are gobbling up the opportunity to play Pokémon GO! Though I will confess my son’s not playing it since his particular operating system isn’t supporting it – though he has played along with friends. Honestly, he’s really not interested in it either. My daughter, who just celebrated her birthday and received a new phone, as one of her gifts hasn’t inquired about it yet.

But as this game has captured the world’s interest, my natural reporter curiosity has kicked in to find out more about it. And I’ve gained some valuable feedback, especially from the law enforcement community, of which I have family and friends who are members.

The first place where I actually learned about the game was through a law enforcement officer (LEO) who I’ve been friends with since our youth. He reported on a Facebook post that the night previously, there were calls about suspicious vehicles at 2 a.m. As it turned out these were not children, but adults playing “Pokémon GO!” in the middle of the night. It was from this friend that me and some other Gen X’ers learned more about this game. Many of us were clueless when like the Pokémon themselves, these random statuses started popping up about the game on Facebook.

Many, including myself, started ragging about it as the game for the quintessential Gen Y’ers, aka the “Millennials”…and not to bash Millennials because there are a lot of cool Millennials out there…but we were talking about the stereotypical ones that still live in their parents’ basements while wandering through life on an endless sabbatical, their only work as paid protestors to interrupt Trump rallies after being lured by a Craigslist ad. These are the Millennials that others from this generation have bashed as the self-entitled generation, aka “Generation Crybaby.” Just Google “Millennials Suck” and oodles of posts pop up, including this article, written by frustrated fellow Millennials.

And yes, I did see plenty of Millennials out the other night playing this game, including one holding his phone, while riding uphill on his bicycle on the sidewalk on Main Street from Newton’s square towards the post office. The square is reportedly one of Newton’s “Pokéstops,” as Millennials excitedly congregated around 8 p.m. last Tuesday night.

By the way, like the Google phrase “Millennials Suck,” “Pokéstops near me” is also a search string that now comes up automatically in Google.

In its short life, I’ve learned a few insights about this game, and not from playing it because like my son, who really doesn’t have an interest, I can’t and don’t care to…what time do I seriously have? What interest do I have too? Plus, this mom’s camera is constantly full on my phone and I haven’t had the time to download my pics or videos to my computer. But I’m glad to share the insights that I’ve learned as a reporter and curious citizen overall about the game. Here are some Pros and Cons below.

Pro: I just wrote an article the other day for another publication I write for.  The article is about an amazing “pro” about this game. First Lady Michelle Obama’s “Let’s Move!” campaign has since 2010 received billions in taxpayer funding with little results, to help fight childhood obesity. In fact, obesity in children hovers at about a third of our nation’s children. But in just four short days, “Pokémon GO!” got more kids off the couch in four days and enjoying the fresh air than Michelle Obama’s “Let’s Move!” has in the last six years!

Pro: “Pokémon GO!” has been uniting families. As part of my knowledge base as a health writer, I’m versed in the fact that part of the childhood obesity crisis is due to the stress on modern family unit’s overall. One of the things that I write about frequently is the importance of families spending time together. Not just for the obvious benefits that it strengthens families, but also for overall health. When families eat at home and prepare their own meals and exercise together, good health habits stick. More parents have been enjoying times with their kids that they wouldn’t normally have spent by playing Pokémon GO!” In fact, one dad said that he and his son did a 5K walk, just by playing the game! That’s because (and I learned this from my neighbor) each step counts for a player. So the more movement, the better!

Pro: More kids are out having fun! Often I hear how difficult it’s been for parents to get their kids to play outside. Now, no fault of this generation on certain points of this argument because we’ve become a more cautious world because of the whack jobs out there that have hurt our kids. But in the Generation X world, we kids played wherever we could until the fireflies started twinkling in our yards and the mosquitoes came out in full force. Today, many kids pass the time indoors. It’s just become our lifestyle as the United States and even the world, has transitioned to a sedentary lifestyle. So I can tell you, it was refreshing to see my son’s peers walking together in town and playing this game. One mom that I know who doesn’t have a car also said the same. She walks everywhere and met a grandmother who was spending time with her grandkids playing. Plus, she said her kids are becoming friends with other kids that they haven’t really been able to hang out with at school. That’s all a win-win.

Pro: Kids using the buddy system as they are playing…this is every mom’s dream. We all worry about our kids’ safety and these kids are showing they are listening and are sticking together in large groups. Bravo kids!

Pro: Some crimes that have been in progress, and criminals caught, because of the game. Two marines, also playing saw a man harassing a mother and her kids at a Pokéstop. The marines reported him to police and it turned out, the man had been a murder suspect on the run.

Pro: In its short lifetime the game has been praised for its ability to help players who suffer from depression and social anxieties. The game, of course, combines elements of both the real and virtual worlds. That is because people are drawn outside to a range of places through the game. There are health benefits as mentioned before from the exercise, but it’s introducing people to others in a fun way.

Con: Some of my LEO family members and friends have noted that people aren’t being attentive as they play. They are busy on their phones not watching their surroundings. Some are walking into traffic. Some are playing in their cars and are operating their vehicles hazardously on the road. Of course, I saw the cyclist on the sidewalk staring down at his phone and not ahead of him. Please pay attention to your surroundings, the road, the traffic, etc. Don’t cause an accident or be an accident or statistic because of a game!

Con: Another Google Search string that has evolved is “Pokémon GO Crime.” That’s because while most are playing the game for fun, there are of course the bad guys who are making the unwitting players targets for their crimes. And there are accidental issues as well. As mentioned above, there are the traffic issues, but Forbes is also reporting a host of other problems. In the last couple of days around the world, people have fallen off cliffs while playing and been trapped in a cave. One player in Anaheim, Calif. was stabbed because he wasn’t paying attention to his surroundings. People have been robbed while playing…remember, they’re carrying around some pretty sweet electronics which thugs love for their value, often reselling these things to fund the drug trade. These crimes are happening in busy Pokéstops, as well as remote locations. Some of these perpetrators are using beacons to lure in players and hurt them and steal their valuables. Another random blurb, one young woman stumbled over a corpse near a stream as she was playing. Ewww…

Con: Some ‘Pokéstops” are businesses where people are stopping in for photos but not patronizing the business. Others are places that are solemn memorials like Arlington National Cemetery. Both uncool.

Con: It’s become a workday distraction for some. People shouldn’t make this game such a distraction that it impacts their “real” lives. But for some it has, and has created strife in the workplace, with phones going off because of the game.

With all of the info I’ve gathered, here’s some “Mom advice” on how to navigate through the “Pokémon GO!” phenomenon.

Stay on the scene with all of the Inside Scene stories. Click here for our Facebook Page.