Andrew Laureano, one of three individuals charged with assault. Photo courtesy of the Hopatcong Police Department.

WHERE IT HAPPENED: 126 Brooklyn Stanhope Road

HOW WERE POLICE NOTIFIED: A resident called in a fight

NAME OF ACCUSED: 3 See below

VITIM’S INJURIES: All over body

ANY OTHER INFORMATION: Brothers Andrew Laureano age 20 of  Brooklyn Stanhope Road Hopatcong, Francisco Torres age 22 of Liberty Street Camden and Nathan Torres age 18 Lakeside Blvd Hopatcong jumped Harry Stickle after a argument.  The three kicked and punched Stickle all over his body.  Two of the Torres brothers were just arrested on 07/17/14 for assault.  Stickle went to the hospital.  He did not suffer major injuries.  Bail was sought because of the danger they pose to the community.  All three were lodged in the Sussex County Jail in lieu of $10,000.00 bail issued by Judge Cohen 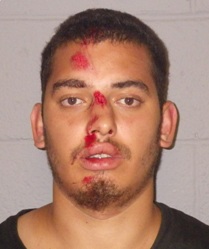 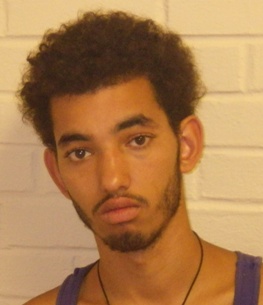