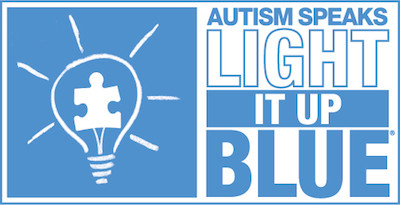 NEWTON, NJ – The Newton Theatre will once again “Light It Up Blue” this April in observance of Autism Awareness month.
On April 2nd, The Newton Theatre is honored to join the Autism Speaks Light It Up Blue global initiative, with blue lights bathing the outer building and the lobby. On World Autism Awareness Day, Autism Speaks celebrates its international Light It Up Blue Campaign. Thousands of iconic landmarks, communities, businesses and homes across the globe unite by shining bright blue lights in honor of the millions of individuals and families around the world affected by autism.
World Autism Awareness Day (WAAD), celebrated each year on April 2, was adopted by the United Nations in 2007 to shine a bright light on autism as a growing global health crisis. Autism is one of only three health issues to be recognized with its own day by the United Nations. WAAD activities increase world knowledge of autism and impart information about the importance of early diagnosis and early intervention. Additionally, WAAD celebrates the unique talents and skills of persons with autism around the world.