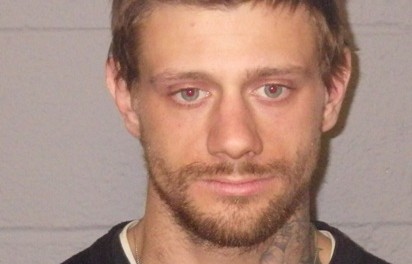 STRUCTURE LOCKED: No but it should have been

IF THEFT WHAT AND VALUE: A piece of paper that belonged to the owner

NAME OF THE ACCUSED: Derrick Arsenault

ANY OTHER INFORMATION: At 3:52 am a 35 year old woman was awoken by her friend telling her that someone was breaking into her car parked outside.  The woman went outside and found Derrick Arsenault inside of her unlocked vehicle.  She yelled to him asking what he was doing but he did not answer.  She shut the door to call the police and get dressed.  He then left in a red Honda CRV.  Officer Cirri saw this vehicle on Monroe Trail as he was responding to the call.  When he stopped Arsenault he said that he was in his girlfriend’s car to clean it because he knew it was dirty. Arsenault and the woman broke up about 7 weeks prior. When asked why he was cleaning her car at almost 4 in the morning he said that it was the only time he could do it. Arsenault was arrested. At the station he had a piece of paper that he took from the vehicle.  He was charged and later released.

When a relationship is over then it is over.  There are millions of single people out there. (I suggest none from Boswanna for those who read our facebook posts). Cry, pout, take the pain and move on. We all had it done to us or we did it to someone else.  No need to have a criminal record over a past relationship or a current one for that matter).