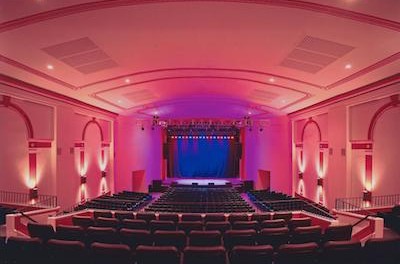 NEWTON, NJ – The Newton Theatre has been included in the 2015 Membership of the League of Historic American Theatres (LHAT), a list that also includes all the major NYC Broadway houses operated by Disney, Nederlander, Shubert, and Jujamcyn. As an LHAT member, The Newton Theatre staff will have access to professional development opportunities and national media attention and will be able to attend the National Conference of Historic Theatres taking place in Nashville this summer.

“I am delighted to include The Newton Theatre as a member of the League,” said Ken Stein, Executive Director for LHAT. “We constantly showcase the important contributions being made in arts and preservation from historic theatres throughout North America, and it will be great to include the contributions from Newton.”

The League champions the preservation, restoration and ongoing operations of historic theatres across the United States and Canada. The Newton Theatre is among the distinguished list of theatres that have proven to be economic drivers and cultural cornerstones in communities across the nation.