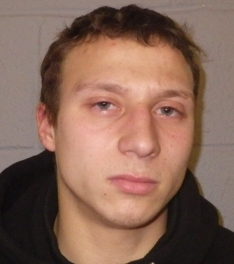 ANY OTHER INFORMATION: Patrols responded to the Quick Chek on a report that a male outside just damaged the towel dispenser in the males bathroom. Officer Luciani found Mclagan outside.  He was intoxicated.  He told the officer he was sorry and then became belligerent due to the alcohol.  A friend of Mclagan was there. He said that Adam was out of control and broke the dispenser. He tried to calm Adam down but it didn’t work.  Mclagan was arrested and taken to headquarters.  He was processed, charged and later released.

Most of us have seen how friends act while highly intoxicated and may have even done some dumb things ourselves.  For those that become violent it is easy to not drink that certain drink which does it to you. (Whiskey for a lot of people)  or not to drink that much. Though at 19 he should not have been drinking hopefully he has learned a lesson.