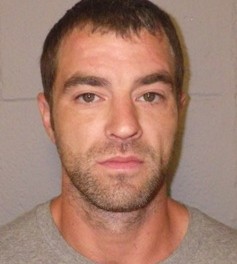 ANY OTHER INFORMATION: Officer Bianculli responded to report of a crash where the driver left the scene on Lakeside Ave. Officer Bianculli found the car on a bad turn up from Daydream Lane partially in the road.  There is still a long black tire mark showing where this vehicle came from and how it went over the double yellow lines.  No one was in nor in the area of the vehicle. Officer Bianculli found marijuana within the vehicle. Sgt. O’Shea went to the home of the registered owner.  She told them her son James drives her vehicle.  She gave Sgt. O’Shea a phone number for James.  Sgt. O’Shea called James and wanted to speak with him in person.  James would not cooperate nor tell Sgt. O’Shea where he was. The next day James came into headquarters to get his vehicle.  He told Officer Bianculli he was taking a drink out of his water bottle and went off of the road.  from this he got a flat tire. He called his friend to pick him up.  James was charged and released.