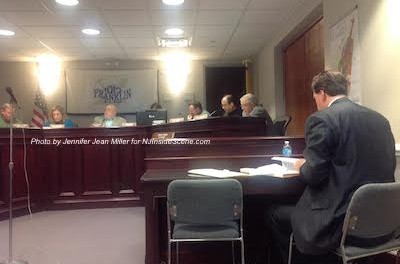 FRANKLIN, NJ – Members of the Franklin Borough Council voted unanimously on Tuesday, January 13, to seek out quotes from professionals the borough has currently enlisted to provide services.

“I think that we should see if we could get services at better rates,” said councilman Nicholas Giordano, Franklin Council President.

Giordano was the first during the council discussion, who proposed that the council should seek out quotes from other professionals in the area, to assess what other quotes are available. Councilman Robert Dabinett seconded the suggestion.

“I think we owe it to the taxpayers,” Dabinett said. 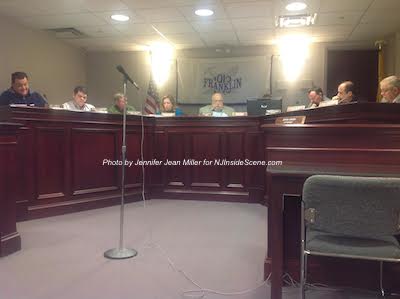 Members of the Franklin Borough Council during the first meeting of the year. Photo by Jennifer Jean Miller.

The council and police department celebrated the swearing in of Franklin Borough Police Officer, Zachary Oren. 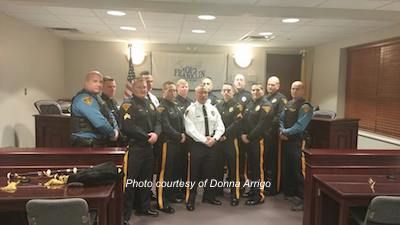 Members of the Franklin Borough Police Department at the swearing in of Zachary Oren. Photo courtesy of Donna Arrigo.

Residents Keri Merino and Mike Rathbun were approved as members of the Economic Development Committee.

The Residential Electric Coop passed, however, no bids have currently been accepted and all bids must be guaranteed to match or do better than the rate currently set for JCP&L customers. Richard Durina, a resident who described himself as a retired JCP&L employee with no interest in the company, spoke out against the coop during the public session. “I am not in favor of this,” Durina said, noting that an initiative of this nature permits local government to become too involved.

Alison Littell McHose, Franklin Borough’s new administrator who was sworn in on Jan. 1, said that she “jumped in feet first” to her tenure. Her first week included: meetings with full-time and part-time employees, meetings with department heads and speaking with tenants at two businesses at 91 Main Street regarding the parking spaces near the business, with changes proposed to change time duration for five of the 10 parking spots.