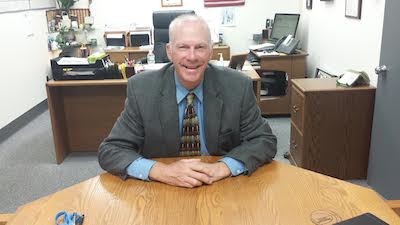 VERNON NJ – (Click here for information about 2016 Sussex County St. Patrick’s Day Parade pre-parade and parade day festivities). Tim was born in Suffern, NY on January 3, 1956 to Thomas and Mary Dunnigan. He is the oldest of eight children. He grew up in Waldwick, NJ, a small town located in Bergen County. His Irish heritage can be traced back to his grandmother’s family, who settled in Brooklyn, NY emigrating from Cavan Town, County Cavan. His grandfather’s family who emigrated from Cobh, County Cork settled in Scranton, Pennsylvania.

After high school, Tim attended Bergen Community College and William Paterson College playing basketball and majoring in Special Education. In September of 1979 he landed his first teaching job in a private school for autistic kids, where he had done his student teaching. At the end of his first year teaching, he was offered a teaching job at the Waldwick Middle School and a basketball coaching job at Waldwick High School. He did this for three years until he met the love of his life Bernadette Davey from Ballymote, County Sligo, Ireland. They dated for six months before Bernadette’s visa ran out. In February of 1982 she had to leave the USA and go back to Ireland. Tim rejoined her at Easter for a visit, and then again in the summer of 1982.

Working in a basketball camp in Dungarvan, County Waterford that summer, Tim was approached by a few Irish basketball coaches to play professionally in Ireland. The money wasn’t great, but the experience was one of a lifetime. He got to play and coach the game he loved in a different county every week. In October of 1982, he got engaged to Bernadette Davey, and they got married on March 31, 1984 at St. Luke’s Roman Catholic Church in Ho-Hokus, NJ where Tim went to grammar school and served as an altar boy.

Tim and Bernadette moved to Lk. Wallkill, in Vernon in 1984. We couldn’t have found a better place to raise our children: Patrick, Keriann and Conor. After seventeen years Tim moved his family just outside of Lk. Wallkill where he has resided for the last 16 years.

In 1986, Tim took a teaching job in Franklin, NJ where he taught special education and coached basketball at Pope John, Wallkill Valley and Franklin. In 1999 he was hired as the assistant principal of Vernon Township High School, and in 2005 he became the principal at Vernon Township High School, a job that he loves and currently remains in today.

Tim has been a member of St. Jude’s Parish for over twenty years where he serves as a Eucharistic Minister and has taught CCD. He has a passion for golf and runs an annual golf outing for St. Jude’s Church to raise money for religious education and the new building fund. If you want to play golf with him, he has one requirement, “You must give me at least five minutes notice.”

The Catholic teachings are, and always have been at the center of his life. He is very proud of his Irish Catholic heritage, and feels blessed to be married to his beautiful wife of thirty-two years, proud of his two sons Patrick and Conor, and his daughter Keriann. He believes they are the greatest gifts God has given him.

“I am honored and humbled to be selected as this year’s St. Patrick’s Day Grand Marshal of Sussex County, and I hope that I can live up to and honor the name of our great patron saint, Saint Patrick. God Bless.” – Tim Dunnigan