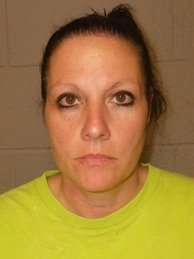 WHAT WAS TAKEN: Money

ANY OTHER INFORMATION: A person from Park Ridge went on Craigslist and found a dock for rent at 14 Shore Road.  He made contact with the “owner” who was Derosa.  He sent her $800.00 for a deposit.  After many communications he was told by Derosa that the dock had been damaged during the winter and it could not be rented.  She told him she would send the money back by May.  May came and went and he never received his deposit back.  Detective Sutphen called Derosa.  She did agree that she was going to return the money but had been to busy.  Derosa planned to give the money back by June 27th.  On June 30th the money was still not returned.  On July 21st Detective Sutphen charged Derosa with theft.  She was arrested charged and taken to Sussex County Jail in lieu of bail.

If anyone else had a similar dealing with Derosa they are asked to contact the Hopatcong Borough Police Department.